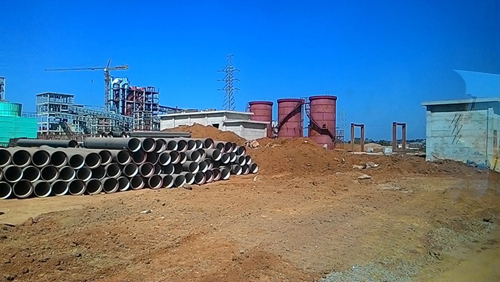 The government has ordered the industry ministry and the Vietnam National Coal and Mining Industries Group (Vinacomin) to submit clarifications for questions raised by local scientists about the country’s first and only two bauxite refinery plants.

It was the second time the government made the order regarding a proposal signed by 12 scientists in October last year, Tuoi Tre newspaper reported on April 1.

The ministry and Vinacomin, which operates Tan Rai plant in the central province of Lam Dong and is building Nhan Co plant in nearby Dak Nong Province, were required to submit their answers by this April 15.

The scientists were quoted as saying in the proposal that the plants’ technology which is provided by contractor China Aluminum International Engineering Corporation (Chalieco) and economic efficiency are very low.

It was not the first time the plants which refine bauxite into alumina, the main substance of aluminum, came under such suspicions.

Long before Vinacomin launched its bauxite projects, local experts and the public alike had already voiced concern, saying that the plants would be unsafe and economically inefficient.

In fact, the government’s latest order came just two days after the ministry and the investor rejected almost similar accusations made by a several former managers of Vinacomin’s projects.

Speaking at conference held by the non-government and non-profit People and Nature Reconciliation in Hanoi on March 28, Nguyen Thanh Son, former manager of a coal project under Vinacomin, said the plants will likely incur a total loss of around US$37.4 million this year, even though the investor recently claimed that its alumina products always sell out, Tuoi Tre reported.

Vinacomin estimated the plants’ total sales at over VND4.9 trillion (US$223.95 million) this year, when their combined capacity reaches 660,000 tons, which means that each ton is priced at around VND7.4 million, or $346, Son said.

Meanwhile, it must take around $403 to produce one ton of alumina, even when no increases in production costs, but transport fee hikes, are taken into account, he said.

It means that Vinacomin is losing $56.7 for every ton of alumina it produces, according to the expert, adding that the losses will be bigger, if the investor fails to achieve the target capacity.

With the annual capacity designed at 650,000 tons each, Tan Rai started production more than one year ago and is currently operating at about 75 percent of its capacity, while Nhan Co will not start its trial production until this year end.

Responding to Son’s calculations, the ministry’s Department of Heavy Industries on Monday issued a statement on its website, calling them “hasty” and “baseless”.

The department quoted latest reports on the plants’ economic efficiencies submitted to the National Assembly’s standing committee as saying that Tan Rai will incur losses in four years after operation due to debt payment, and spend the next 11 and half years to recoup investment.

For Nhan Co, the time frames are set at five years and 12 years.

Therefore, any loss which is going to happen this year and the next few years is “expected” and “obvious”, it said.

Speaking at the latest meeting, Son said Vinacomin had fallen into the trap of Chalieco.

A contract between the investor and the contractor showed that the Chinese company pledged to build the plant with the annual capacity of 630,000 tons, while Vinacomin planned to make it 650,000 tons per year.

The capacity gap could have made the Vietnamese investor waste up to $20 million, given that it planned the average investment cost of $1,000 for every ton, according to Son.

It is one of many lies that together can cost Vinacomin up to $343 million for Tan Rai, or nearly half of the project’s investment cost, in wastes, he said.

Son said Tan Rai currently recruits about 1,000 laborers, which proves that the plant’s automation is very low, because other alumina projects of similar scale in the world needs less than half of the workforce.

However, in its statement, the Department of Heavy Industries denied all the allegations, saying that the plant is designed to operate stably at 630,000 tons a year, although its designed capacity is 650,000 tons.

The investor calculated its project’s economic efficiency with the operational capacity of 630,000 tons a year, not the designed one, according to the department.

“Opinion which is based on incorrect, impractical and unscientific figures and evidence is bias and unreliable,” the statement read.