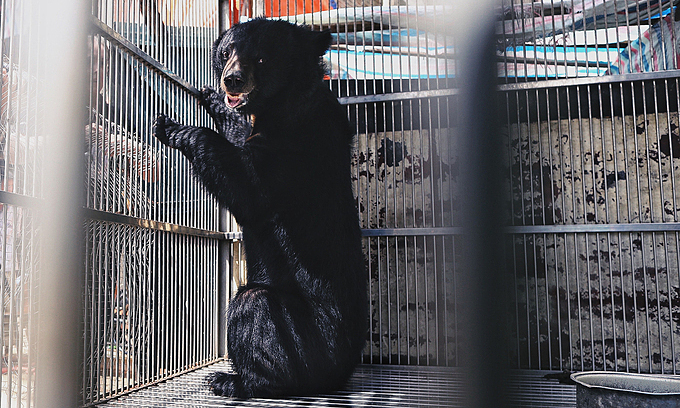 Leaders of the 14 non-profit nature and wildlife conservation organizations collectively urged the government to “identify and close markets and other locations where illegal wildlife is on sale” in an open letter to Prime Minister Nguyen Xuan Phuc on Sunday.

The SARS outbreak in 2002, which infected over 8,000 people and resulted in 774 deaths across 37 countries, came from a coronavirus sourced from bats through masked palm civets as intermediate host before reaching humans.

In 2012, the MERS outbreak infected 2,494 and cost 858 human lives. It also came from another coronavirus passing from dromedary camels to humans.

By September 2019, it hit all 63 cities and provinces in Vietnam and led to almost five million pigs being culled.

Lastest findings reveal the new coronavirus disease (Covid-19) could also originate from bats that pass on the virus to humans through an intermediate host, according to the letter.

“The lesson from SARS and now Covid-19 are clear: new viruses will continue to move from wildlife to people while illegal wildlife trade and wildlife consumption continue,” the collective said.

Research conducted in Vietnam and beyond has shown that coronaviruses exist in wildlife populations and the illegal wildlife trade provides opportunities for these viruses to jump from wildlife to people, according to the statement.

The collective acknowledged efforts by Vietnam Administration of Forestry that had sent a directive to provincial authorities on controlling wildlife trade to prevent the spread of coronaviruses in early February, following the PM’s directive on preventing and combating the epidemic on January 28.

However, the government “should take more concrete action,” it said.

Besides shutting down wildlife markets, the collective also requests the government to ban restaurants illegally selling wild meat and make it mandatory for all e-commerce platforms, social media, and online newspapers to “sensor and remove all transactions and advertising of illegal wildlife products.”

WWF has made global calls on countries to close wildlife markets to stop future outbreaks of disease.

“We believe only the highest level decision makers can drive the whole government response required to address illegal wildlife trade in Vietnam and as such we should make as many voices on the subject available for consideration as possible,” said Dr Ben Rawson, Conservation and Program Development director of WWF-Vietnam.

“We hope the government would consider our request and turn it into action, give specific directives to relevant departments to get rid of wildlife trade in Vietnam for good and reduce the risk of spreading disease in future,” Nguyen said.

Vietnam officially declared the novel coronavirus outbreak an epidemic on February 1 and has confirmed 16 cases of infection. Seven of the patients have since recovered and been discharged.

Across the country, the novel coronavirus outbreak has hit tourism, hospitality, retail, and agriculture exports to China. School breaks after the Lunar New Year holiday have been extended three times until late February.