This year, 2017, marks the 55th anniversary of the establishment of diplomatic relations between Vietnam and Laos (05/9/1962- 05/9/2017) and the 40th anniversary of the signing of the Vietnam – Laos Friendship and Cooperation Treaty (18/7 /1977- 18/7/2017), showing the special relationship between Vietnam and Laos. In addition to its close neighborly relations, long-standing traditional friendship and economic and trade cooperation, investment has grown rapidly. Laos is continuously ranked first in the list of countries receiving oversea investment from Vietnam and Vietnam is among the top three countries that invest in Laos. As of December 21, 2015, Laos noted that Vietnam had invested 417 projects with a total investment of nearly $ 3.6 billion. Vietnam’s investment in Laos continues to contribute positively to the socio-economic development of Laos, creating jobs for many local people.

Trade between the two countries has been promoted through a number of events such as the Vietnam – Laos Trade Fair in 2016 in Vientiane capital in July; the 10th Vietnam-Laos Border Trade Conference in Attapeu, Laos in September; signing MOU on the establishment of the Vietnam-Laos economic-trade website in November; New Bilateral Trade Agreements and Border Trade Agreements have been actively coordinated by two sides (two dissemination meetings were held in July in Laos and August in Vietnam). Preferential mechanisms on import tax rates for goods originating from the two countries continue to be implemented by the two parties; the list of commodities subject to zero tax rates is expanding. Especially, a dialogue was chaired by the Laos’s Prime Minister Thongloun Sisoulith in Oct. 2016 with the participation of nearly 200 Vietnamese businesses investing in Laos.

Not only in the neighborly relations between the two countries, Vietnam and Laos continue to accompany international forums and integrate deeper into the world economy. Being members of ASEAN and the ASEAN Economic Community, the Vietnam-Laos cooperation shows the spirit of integration and cooperation for development, and expansion of trade relations with other countries, contributing for peace building and stable environment for sustainable development of ASEAN.

In order to further promote trade and investment cooperation between the two countries in particular and the Mekong region in general, the Vietnam-Laos-Cambodia Association for Economic Cooperation Development[1] (VILACEAD) in cooperation with the Vietnam Business Association for Cooperation and Investment in Lao PDR (Viet – Lao BACI), the Center for People and Nature Reconcilation (PanNature) organized the 8th Mekong Region Annual Forum in 2017 with the theme “Promoting sustainable and responsible investment on agriculture and trade”. The forum is co-funded by UN-REDD Viet Nam Phase II Programme. 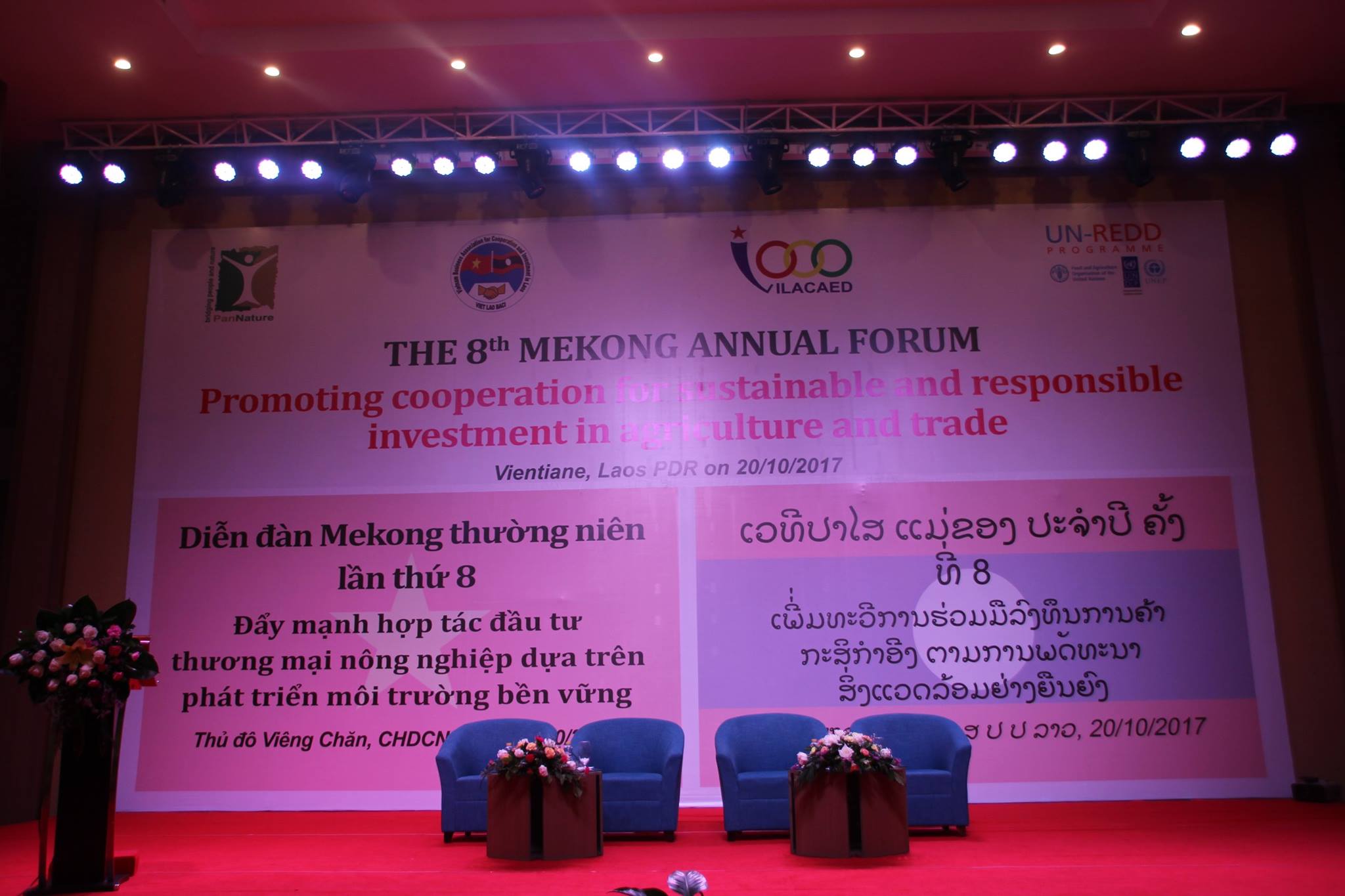 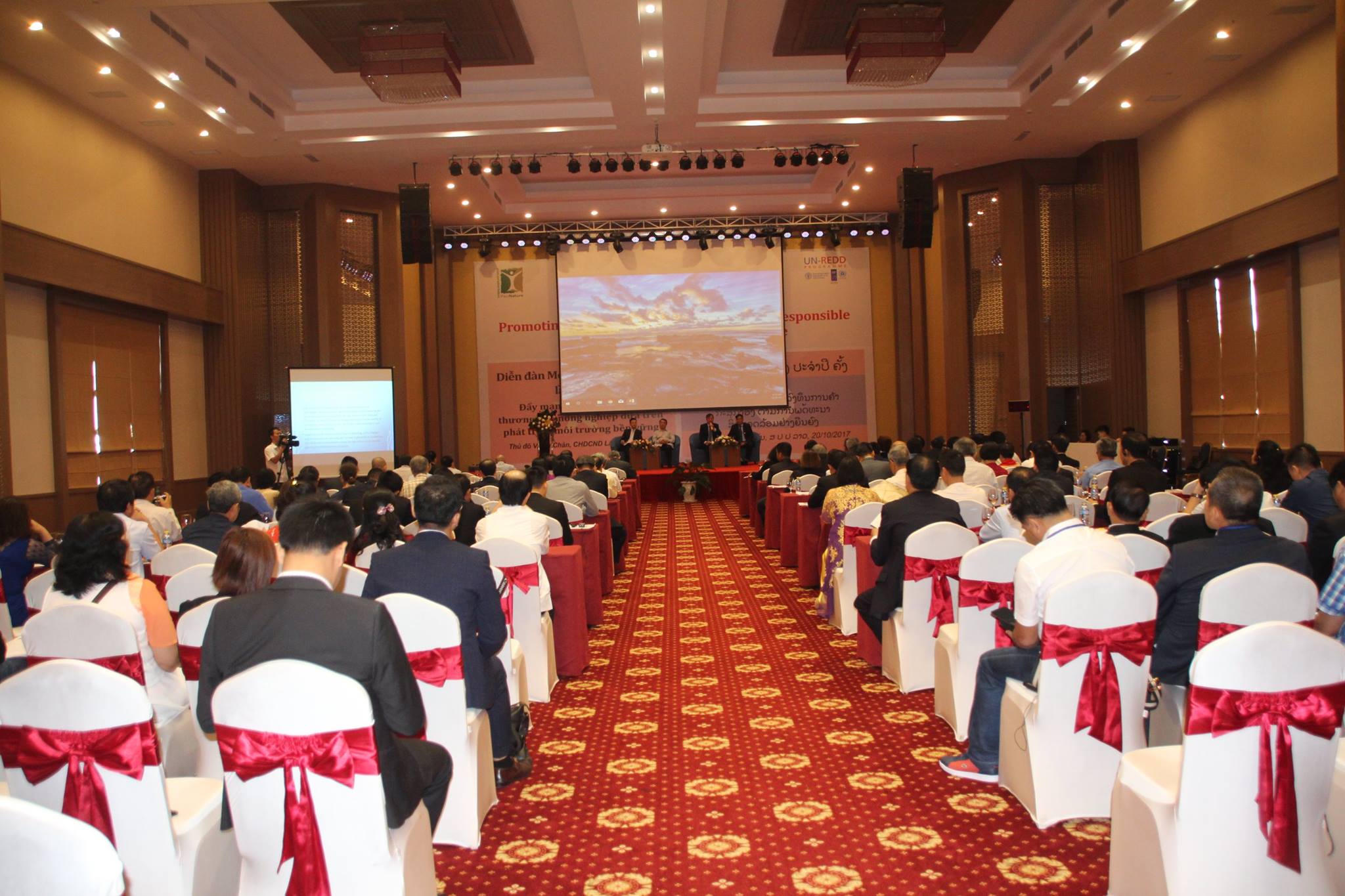 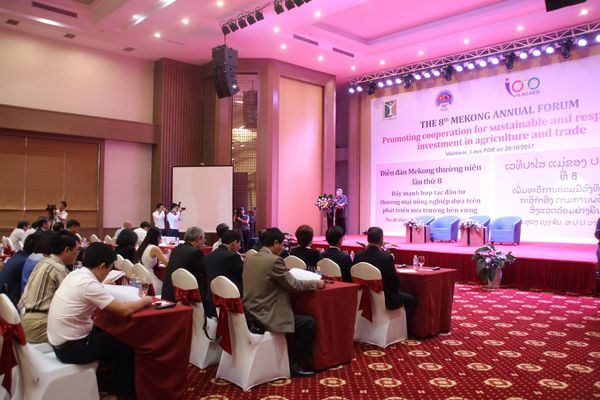 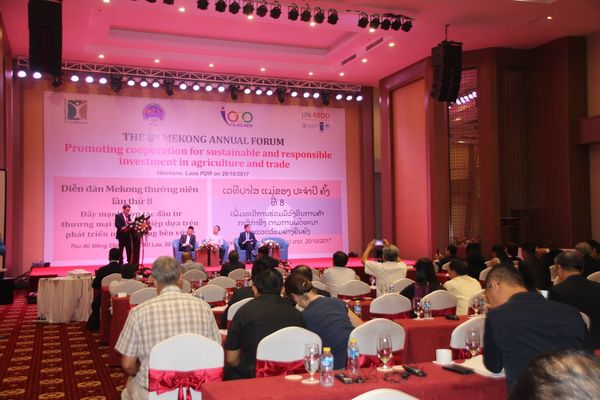 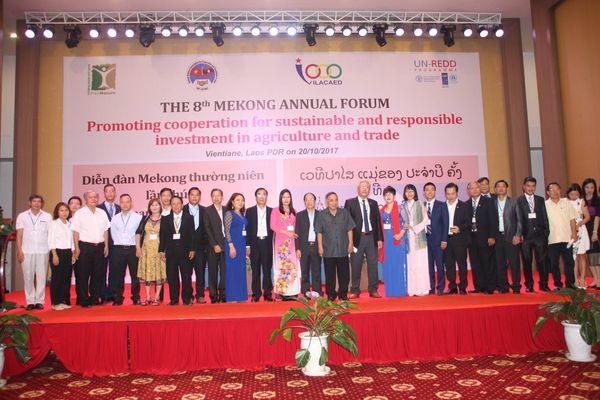 [1]The Vietnam-Laos-Cambodia Association for Economic Cooperation Development (VILACEAD) is non-profit organization formed by MPI of Viet Nam since 2007. http://www.vilacaed.org.vn/

PanNature’s staff be Selected by Eco-Peace Leadership Center
The manager of the project “impacts of small hydropower project on local livelihoods and ecosystems from the views of ethnic communities”, Ms. Chao Thi Yen, the Center for People and Nature Reconciliation (PanNature) has been selected by the Eco-Peace Leadership Center (EPLC) to become one of 10 leaders from Asia-Pacific region to participate in the 13th EPLC Program.
PanNature Deputy Director Resignation

After 13 years of dedication to PanNature, Mr. Nguyen Viet…