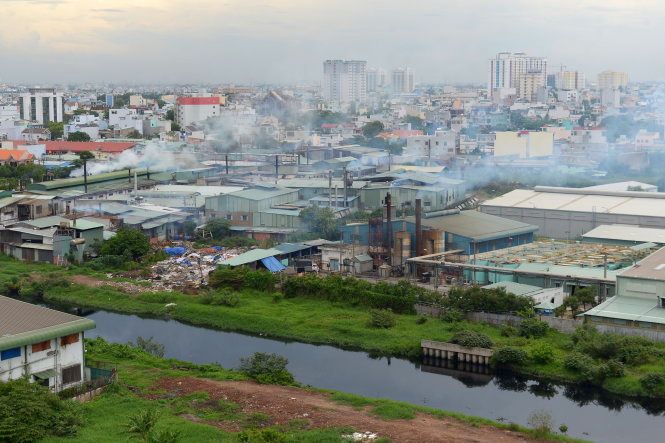 Vietnamese Prime Minister Nguyen Xuan Phuc has ordered that urgent measures be applied to the country’s environmental protection initiatives, a move backed by many experts fearing the fallout from growing pollution issues across Vietnam.

PM Phuc has set up several measures aimed at dealing with existing limitations in the protection of local environments and actively preventing and minimizing the effects of pollution.

Factories and facilities utilizing outdated technology will be prohibited from operating in the Southeast Asian country, according to the Vietnamese head of government.

PM Phuc’s orders require that local authorities, in coordination with relevant agencies, be thorough in the inspection of all investment projects across the nation.

Professor Tran Hieu Nhue, a member of the Vietnam Association for Conservation of Nature and Environment, expressed his support for the prime minister’s decision, stating that attracting investors must be contingent on their selection of suitable technology.

“Methods of operation must be evaluated by the Ministry of Science and Technology and must be in line with standards set by Vietnam and the world,” Prof. Nhue elaborated.

According to Tran The Loan, former official of the Vietnam Environment Administration, environmental protection is an urgent and vital issue in Vietnam.

Against the backdrop of current developmental conditions, competent agencies must be assertive in the selection of appropriate investors with operation methods that pose no harm to the atmosphere, Loan continued.

The ex-official stressed the responsibility of environmental management agencies in Vietnam charged with the approval of investment projects.

“Such agencies need to focus their attention on each facility’s equipment and technology before allowing it to operate,” he stated.

Several steps in the assessment process were conducted with subpar methods while opinions from local residents were ignored, Nguyen continued.

He noted that the two mandatory phases in evaluating a facility’s impact on the environment include a general and a more detailed assessment.

The expert also emphasized the importance of regular inspections and monitoring in factories and facilities throughout the country.