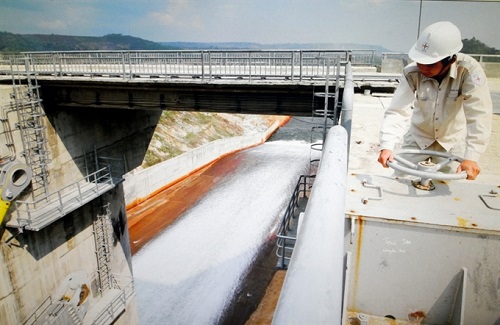 Intensifying the protection of forests in the Central Highlands from encroachment by hydro power plants, illegal deforestation and unplanned agricultural development would be the key to preserving water in this drought hit region, experts have said.

Assoc. Prof. Le Anh Tuan, an advisor to Viet Nam Rivers Network, said the main supply of natural water in the Central Highlands is rainwater due to its high topography.

Originally, the region had the largest proportion of primary forest in the country; 31.9 per cent of the country’s total area. However, the forested area in the region has dropped with an average loss of 51,200 hectares each year.

Construction of power plant dams and reservoirs on the region’s main rivers, unplanned plantations of industrial crops, and deforestation due to illegal migration have hastened the decrease of forest area over the decades.

This year’s drought is the worst in 20 years. A report released by the Ministry of Agriculture and Rural Development in April this year said a total of 160,000ha of plants were in critical shortage of water, creating an approximate economic loss of VN?100 billion (US$4.5 million) for each locality among Gia Lai, Kon Tum, Dak Nông, Dak Lak and Lam Dong.

The drought has dried up rivers, streams and underground water sources. According to Duong Ngoc Duc of the central government’s Steering Committee for the Central Highlands, 35 per cent of rivers and 40 per cent of streams in the region have dried up.

Mr. Duc added that reservoirs in the region were nearly empty as well.

Experts urged urgent and proper action to save water for the region as well as to adapt to the shortage of water due to the human causes and impacts from climate change and El Nino.

Mr.Duc and Dr Nguyen Tien Giang from Hà Noi National University came up with a tighter water management policy and sharing mechanism between sectors and localities. Giang said a priority order is needed for the mechanism of sharing.

Tuan continued that power plants near the region’s Cát Tiên, Ngoc Linh and Chu Yang Sin national parks, and Nhân Co and Tân Rai bauxite projects consume the most water in the region, so reconsidering these development projects is an urgent request.

He and Dr Ho Minh Tho from the Federation for Planning and Investigation of Water Resources suggested the construction of reservoirs in the region’s low land areas to reserve water.

Assoc. Prof. Vu Nang Dung from the Institute of Agriculture Planning and Engineering suggested that agriculture in the region should return to organic cultivation to reduce dependence on water.

Those experts took part in a workshop held yesterday in Gia Lai by the Steering Committee for the Central Highlands, Viet Nam Rivers Network (VRN) and PanNature. The 150-participant workshop concluded that intensifying the protection of forests and constructing reservoirs in low land zones are the top solutions to save the region from drought.