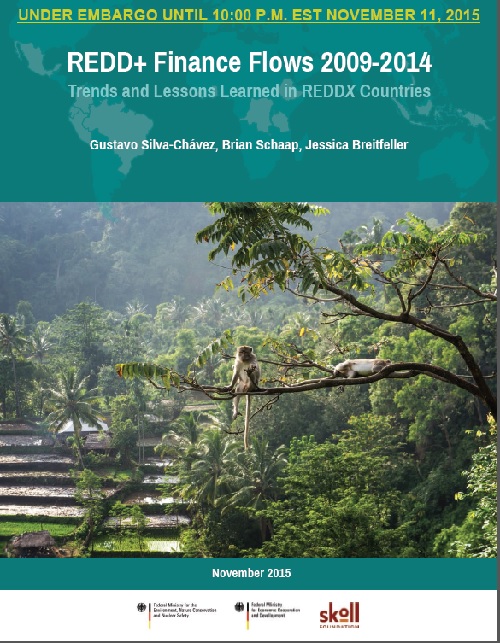 Nearly a quarter of the global population relies on forests for food, water, and shelter. At the same time, forests provide an array of environmental services: they are some of the most biologically diverse ecosystems on Earth, providing habitats to two-thirds of the planet’s plants, animals, and microorganisms. Yet, when degraded or destroyed, forests are major emitters of greenhouse gases, contributing to approximately 10-15% of carbon emissions worldwide.

As the final preparations get underway for the United Nations climate negotiations in Paris, France, in December 2015, governments need to show continued commitment and maintain the momentum behind forest protection. The ten-year-old United Nations initiative to protect forests in developing countries, known as Reducing Emissions from Deforestation and Forest Degradation (REDD+), has been a major step forward, and as we look ahead, public finance will remain a critical anchor to the future of our global forest estate and the planet.

However, the UN negotiations are not the only place where forests are playing a significant role in our collective mitigation and climate finance efforts. The Forest Carbon Partnership Facility (FCPF), a global partnership led by the World Bank, as well as countries like Japan and the US state of California, are also developing policy
frameworks for how to use market and non-market funds to pay for forest protection. The private sector, via a variety of commodity roundtables and other initiatives, is also participating and mobilizing resources to reduce the pressure on forests from agricultural production. This very unusual alliance of governments, multilateral institutions, NGOs, and the private sector working together to support REDD+ and broader land-use activities is historic and essential to halt global deforestation. The New York Declaration on Forests is a prime example of all these actors coming together, and Forest Trends is among them.

The report “REDD+ Finance Flows 2009-2014: Trends and Lessons Learned in REDDX Countries” contains detailed information and analysis of REDD+ finance flows in major REDD+ countries. Based on the report findings, our key recommendations urge policymakers to provide clarity around long-term plans for finance, increase coordination across scales and between donors, and enhance private sector engagement.