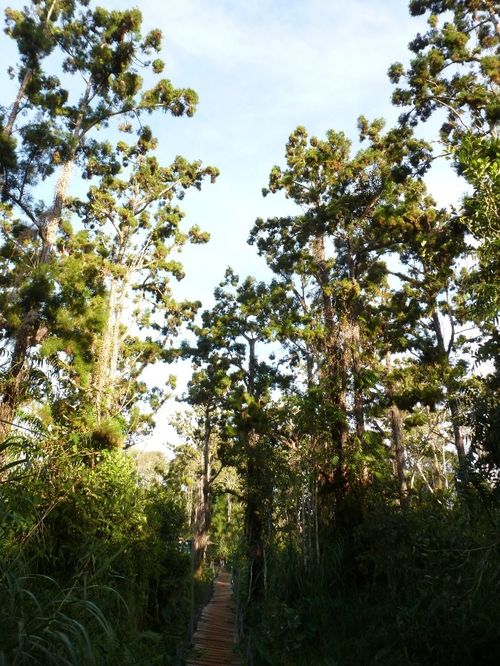 Special-use forests (SUFs) are natural protected areas established to conserve the nature and biodiversity of Vietnam. Although the number of SUFs in Vietnam has increased over the years, biodiversity and forest density continues to decline. The Special-Use Forest system of protected area management has been implemented in accordance with ideas of wilderness areas and no-use regimes , and strongly relies on the capacity of state agencies, forest rangers, the military, and police. The state-based preservation of natural resources and biodiversity in SUF areas has been variously evaluated as deficient in a number of areas, including managing conflict between multiple user groups. To overcome these deficiencies, Vietnam has piloted co-management approaches in many SUFs since 2001, and as of 2003 included co-management in its official national strategy for SUF management.

Unlike other countries in Southeast Asia, direct collective action and self-representation outside mass-organization groups or people’s committees is not politically feasible in Vietnam. So, while numerous actors are involved in co-managing SUFs in Vietnam, the state administration hold most allocative decision-making power relating to SUF management and constrains the capacity of management boards to fulfil their mandated functions of conservation, research, and coordinating the maintenance of ecosystem services. As argued by KimDung et al., Vietnamese implementation of co-management in SUFs is, therefore, best defined as “administrative”; reflecting the stronger role of the central state, and their collaboration with government-sponsored agencies that “represent” communities and facilitate their involvement. However, the state is far from monolithic in this administrative role. As outlined by Ratner et al, state actors are internally differentiated, and enable to constrain one another in a variety of ways, which ultimately affects how the state performs cooperative forms of natural resource management.

This paper explores how, in spite of the constraints presented by an administrative form of co-management, state entities such as SUF management boards attempt to fulfil their mandate and collaborate with local communities. Based on in-depth case-study research we explore the internal dynamics within the Vietnamese SUF system, examining how the relative role and influence of vertically-related state agencies connect to the management boards of Special-Use Forests and horizontal networks of non-state actors in the development of collaborative SUF management. Building on Ratner et al., we adopt a critical institutional perspective to co-management, thereby extending the existing co-management literature in Vietnam and beyond, to focus on the internal dynamics of state interaction, the effect on community cooperation, and the impact on natural resource management…

The paper has cited the PanNature’s research as a reference. The full paper can be found here.