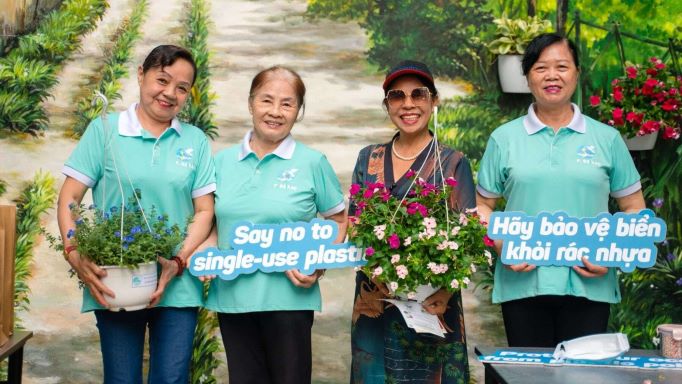 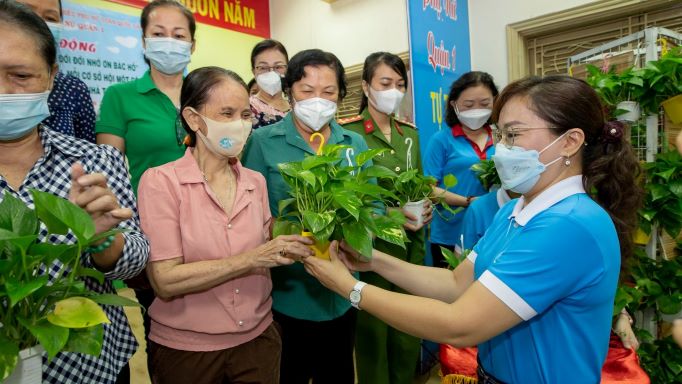 On April 6, NASA climate scientist Peter Kalmus’ tearful plead in front of the JP Morgan Chase building in downtown LA forced the world to pause and contemplate: Is the world ending?

“We are heading towards f****** catastrophe, we are going to lose everything. And we are not joking, we are not lying, we are not exaggerating,” said Kalmus, his voice cracking. He and other scientists chained themselves to the doors of the building as part of an international campaign for fast action against climate change.

“This is for all of the kids of the world, all of the young people, all of the future people. This is so much bigger than any of us.”

Kalmus was right: We are heading towards a tragic end. New documentation from the International Panel on Climate Change revealed that emissions from current and planned fossil energy infrastructure are more than twice the amount that would push the planet over 1.5°C of global heating. If we fail to hold global warming to that level, it will no longer be possible to avoid many of the more dire consequences of climate change: Intense heat, fire, storms, flooding, and drought.

It doesn’t take a genius to understand where these would further lead. In fact, the world, especially the most vulnerable regions and sectors, is already feeling the harmful effects of human-induced climate change. The destructive typhoons and reduced agricultural yields in Southeast Asia, food shortages and malnutrition in Africa, worsening wildfires in the Americas and Australia, and extreme weather conditions have already resulted in insurmountable damages to human life, livelihoods, and the global economy.

Vietnam, which is already showing an accelerating warming trend over the last decade, has been ranked among the five countries likely to be the most affected by climate change. The World Bank and the Asian Development Bank have estimated that climate change will reduce national income by up to 3.5% by 2050.

While the country is demonstrating dedication to mitigating the impacts of climate change through a range of national policies, its vulnerability and risk issues have yet to be fully addressed and taken concrete actions. Major challenges to the proper implementation of policies and projects and driving behavioral changes among Vietnam’s 98 million people remain, even getting worse by the minute.

Today, as we mark Earth Day, Vietcetera asks Vietnam’s very own Earth warriors — environmental leaders and entrepreneurs who’ve made it their mission to build a greener world — about what specific actions Vietnamese society can take to help the planet heal.

I’ve said this far too many times, but this still holds true: The greatest threat to our planet is the belief that someone else will save it. More than two decades ago, I’ve visited Antarctica, where I started to understand the complexities of climate change. It’s what led me to build CHANGE in 2013. Since then, my small but passionate team has dedicated all of our time and energy to work on a mission bigger than ourselves: Create sustainable changes in Vietnam and help people and nature co-exist harmoniously.

To make this possible, we’ve mobilized Vietnamese citizens — especially the young — to take action through programs that highlight the critical role they play in mitigating climate change and protecting the environment and wildlife.

For Vietnamese who want to be part of the change, we have several new initiatives that require support. We launched “green neighborhoods” a few months ago to build eco-friendly residential areas in Ho Chi Minh City, where residents of all ages are inspired, trained, and supported to practice green living habits.

On April 23, we will also be launching the Plastic Beast, a creative campaign to raise awareness of plastic pollution in Vietnam and inspire the community to take collective action. This isn’t just about saving the rivers and the oceans. As plastic wastes get into our food chains, they become hazardous to our health.

Will you join us in making a difference?

CHANGE is a Vietnamese NGO with the mission to address the country’s most critical environmental challenges, including wildlife trade, climate change, air pollution, and plastic pollution, through strategic communications, community empowerment, and cross-sector partnership.

Officers at Education For Nature – Vietnam

If there’s anything we’ve learned in our 22 years of working in environmental conservation, it is that coming together as a community to raise awareness and foster shared values of respect and compassion for our natural world has the greatest impact on creating lasting change. The more a society recognizes the links between our consumption behaviors and the planet, the more likely it will take action to preserve our environment or employ conscious inaction. One key aspect of this includes society knowing what they can do to help. Luckily, there is more than one way to save our planet.

Our organization focuses on combatting the illegal wildlife trade to safeguard Vietnam’s biodiversity and the ecosystems that benefit our survival. Our approach entails three major programs: public awareness, law enforcement support, and law and policy guidance. We believe similar multi-faceted approaches apply to other important environmental issues. The Vietnamese public can act to save the planet by volunteering their time to environmental organizations, helping educate their friends, family, and community about wildlife protection, donating to or fundraising for important causes, visiting a national park, and taking on a “Nature Challenge’ to learn about Vietnam’s endemic species and organizing local activities to protect nature and the environment. We believe anyone can be a conservationist!

Vietnamese society can also protect the planet through inaction, such as not consuming or using wildlife parts or products, not keeping wild animals as pets, and not purchasing live wildlife, among other good environmental practices. Of course, we also encourage the public to report any wildlife crimes to our hotline, so we can continue to facilitate live animal rescues and make inroads to protect our natural world and the animals within it. Action starts with the individual, and from there, it grows, adapts, and blossoms until it has the potential to unite entire communities.

Over the last 15 years, as the local Vietnamese NGO, PanNature has unstoppably worked to create a new relationship with NATURE. Human well-being aligns with biodiversity protection, sustainable land use, and a climate-friendly society.

By involving diverse actors — from researchers, practitioners, the private sector, policymakers, and communities in Vietnam — together we aim to co-design innovative solutions for breaking the silos and creating sustainable futures. Together, we invest in people and ideas for our PLANET!!!

People and Nature Reconciliation is a Vietnamese non-profit conserving nature and protecting the environment since 2006. PanNature is dedicated to protecting and conserving the diversity of life and improving human well-being in Vietnam by seeking, promoting, and implementing feasible, nature-friendly solutions to important environmental problems and sustainable development issues.

To help save the planet, the best thing to do first is get educated on sustainability. There is a lot of misinformation out there. For example, there has always been a huge focus on recycling, but what most people don’t know is that 90% of all items that go into recycling, don’t get recycled. More shocking, the companies that most advocate and spend money on marketing the benefits of recycling are also the biggest plastic polluters on the planet. The best way to stop plastic pollution is to stop producing new plastic altogether. Switch to companies that don’t produce virgin single-use plastic products at all!

The second thing we can do is change our mindset that we have to be perfectly sustainable. You don’t have to become vegan, walk everywhere, or never use plastic to be sustainable. \Do what you can, even if they are small actions. These small actions not only contribute to the planet, but also can develop into long-term habits that you don’t even have to think about, and that can influence others.

The last thing that people can do, is to really think about where plastic ends up. The plastic bag, fork, or straw that you use today doesn’t go into the trash bin. It goes into the trash bin, which goes on to the street, goes into landfills that break down into microplastics and are eaten by animals including fish. As part of the food chain, humans eat some of these fish and animals and end up ingesting microplastics that can wreak havoc on your health. When you think about the cost of healthcare and cleaning up the environment, you’ll see that a plastic straw isn’t just 100 dong. It is 100 dong + the cost to go to the doctor + the cost for medical treatment and medicine + the cost of government funds going towards waste disposal + the cost of government towards environmental cleanup and preservation. That 100-dong plastic straw now seems much more expensive than perhaps the slightly more expensive, but 100% plastic-free and compostable coffee straw.

EQUO Co. is a sustainable brand providing 100% plastic-free and compostable solutions for everyday single-use items including drinking straws and utensils.