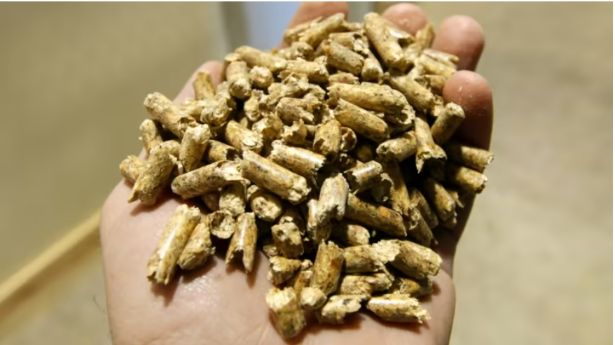 The rebuke of coal has pushed countries like South Korea and Japan to embrace the harvesting of trees to be processed into wood pellets, but environmentalists are warning that this fuel might prove as damaging as the black mineral it is replacing.

Some critics focus on how the pellet trade is causing deforestation in Vietnam, Asia’s top exporter of chips, while others focus on the carbon emissions of harvesting trees and machining them into pellets so they can be burned at power plants. Governments from Tokyo to London have subsidized businesses swapping coal for what is euphemistically known as biomass, but they undercount all the emissions involved, the U.K.’s Chatham House says.

That gives them “a false sense of optimism about their country’s progress in decarbonizing its energy supply,” the think tank wrote in a report on woody biomass in October.

In Vietnam, buyers are requesting certified pellets to assuage fears that the chips come from illegal timber. If it does not crack down on illegal logging, the Southeast Asian nation risks running afoul of two new landmark policies: a multicountry pledge to fight deforestation at the Glasgow climate summit in 2021 and Europe’s plans to reject wood and other imports from deforested land.

Now the Forest Stewardship Council, which certifies pellets from responsibly managed woodlands, is investigating claims of fake certificates — essentially false FSC labels that some Asian companies slap on their exports to meet demand from Japan and elsewhere. 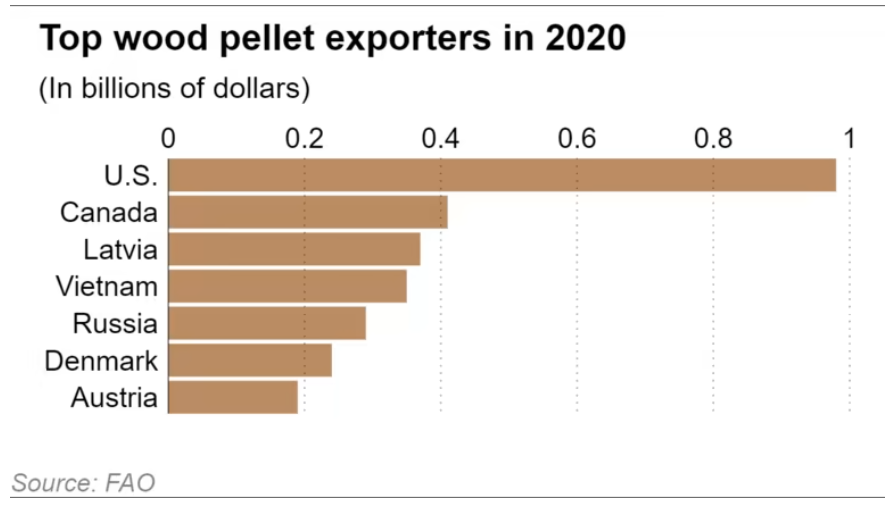 Biomass Fuel Vietnam, a subsidiary of a Japanese company involved in the wood pellet trade, said it has reported abuses to the council.

“There are too many fake documents,” company director Eisuke Nomura said in an interview, adding he faced threats for reporting other businesses. “If other people breach rules, our FSC credibility is also affected.”

Vietnam produced 3.2 million tons of wood pellets in 2020, more than any other country except the U.S. and Canada, data from the Food and Agriculture Organization shows. Most of it went to Japan, the fifth biggest pellet importer, and South Korea, the sixth biggest; Both countries are the world’s top buyers outside Europe. 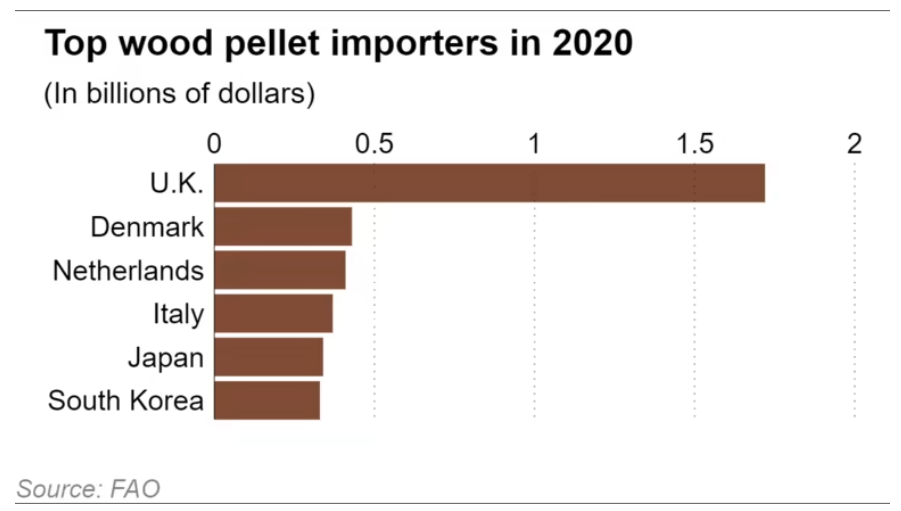 Under pressure to ditch fossil fuels, countries are retrofitting coal-fired power plants to feed on wood pellets, straw and other fuels.

Is it cleaner to burn pellets than coal? The answer is heavily disputed.

Proponents say pellets emit less carbon over the long term and come from a renewable source, unlike the fixed supply of coal.

But opponents contend some wood types are just as dirty when burned. The Chatham report further argues countries must count all emissions, from harvesting trees and machining them into pellets to transporting and burning the pellets. It also contends that the carbon that no-longer-existant forests can inhale must be counted.

The Kyoto Protocol made alternative fuels like pellets attractive because it allowed their emissions to be counted when harvested, not when burned.

Chatham recommends using only wood waste, rather than felling whole trees, while others say the world should focus on solar and wind-based electricity.

Companies producing wood pellets are facing increasing demand for FSC-certified fuel. The council’s investigation in Asia has found a mismatch in the amount of imports claiming to be certified and the amount actually available.

“Instances of potential false claims have been identified,” the FSC said of its preliminary results on Dec. 8, threatening to ban violators outright from the certification scheme.

“While wood-pellet energy has been promoted as renewable, there need to be accompanying efforts to compensate [for] the lost trees to avoid carbon leakage,” he told Nikkei Asia. “To ensure the pellet energy sector in Japan and Korea does not cause deforestation in the source countries, there needs to be mechanisms to make sure reforestation happens.”