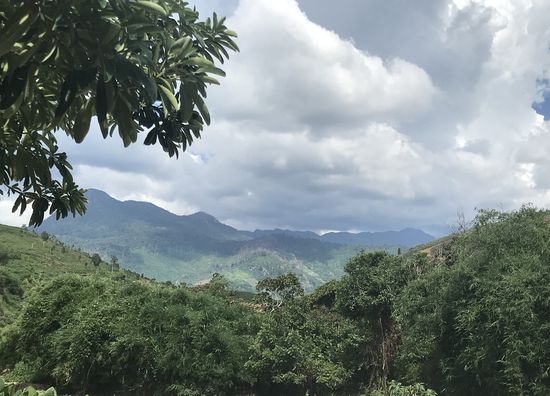 Transfer of land-use rights from the state to the community to encourage community forest management (CFM) and use of forest resources for livelihood improvement, has been in place in Vietnam since the 1990s. However, while the policies, institutions, and approaches used to develop this model still continue to be developed and improved by the State and NGOs, the specific practical aspects of policy implementation and confirmation of performance still needs further evaluation.

In 2019, People and Nature Reconciliation (PanNature) – an MRLG partner organization in Vietnam – in collaboration with the Central Highlands University conducted a baseline study in two piloted CFM models in Yang Mao commune, Dak Lak province, Central Highlands Vietnam. The study was carried out with the specific objectives: (i) Generally analyzing the current situation of CFM models within the study area; (ii) Analyzing the potentials and constraints related to current forest management. We also looked across the two CFM models
for lessons learned and discuss the factors that influence the effectiveness of CFM on the ground.

Tul and Hang Nam village, are two of 11 villages of Yang Mao – a mountainous commune of Krong Bong district. The population of these two villages mostly are M’Nong ethnic group, with 105 households in Tul and 167 households in Hang Nam. Swidden cultivation (maze and cassava) and husbandry are two main livelihood activities in the area. Especially in the context of commercial crop boom and illegal migration of some Northern ethnic minority groups, the cultivation land shortage has been a major problem for many villagers in the area, according to the study household interviews.

In 2002, these two villages were selected by the District authority as part of the pilot location for forest allocation program to the entire community with the area of nearly 1500 ha forestland (1,130.7 for Tul and 404.8 for Hang Nam respectively). Natural production forests, which account for 64% while the rest were barren land that was designed for tree plantations. The rights to forests of these two villages are specified based on the 50 years forest allocation indenture (Green-book), instead of the official land-use certificate, that including rights to use and get benefits from forest products (timber and NTFPs) for both household demand and commercial purposes and be allowed to call for investment in forest production activities. A local agreement on forest management and the benefit-sharing mechanism was along developed among villagers during this period.

However, our assessment reveals that during nearly 15 years, villagers have not benefited much from the allocated forests, except NTFPs for household demands. The two villages have also not received any supports, both financially and technically from local authorities or NGOs for their efforts in forest protection and management. As a result, the allocated forest areas in both villages have decreased, appropriately 1.7-1.9% per year. The main causes of
deforestation are mainly due to encroachment and illegal logging. The lack of guidelines in forest management by state authority and the clear benefit-sharing mechanism also reduced people’s motivation to protect forests. The loss of these community forests also placed great pressure on the rich natural forests nearby.

Since 2014, the situation has improved greatly through the implementation of Payment for Forest Ecosystem Services (PES). Nearly 700 ha of community forests are under PES scheme. With the support from District Forest Protection Unit and local authority, the groups of villagers are organized to carry out forest patrol activities. Village rules related to forest management, which details local activities allowed within the village boundaries and under
PES schemes have been discussed and employed strictly. At the same time, groups of HHs (8-12 or so, are which tended to be households that lived near one another or are relatives), led by a group head, sign a formal yearly contract with state forest owners nearby as the Chu Yang Sin National Park and Yang Mao Commune People’s Committee (CPC) and agree to regularly patrol the specified area, prevent forest fires, and report outsiders. According to the HH survey, annually each household received on average ~1.8-2 million VND per household/year (78-87 USD/HH/year), accounting for 34-54% total HH forest-based income.

In the conclusion, the study highlights some key points that can influence the effectiveness of CFM in the research site: (i) The local villagers are already legally entitled to full benefits from the allocated forests. However, in practice, forestland-use certificate is necessary but not sufficient condition to guarantee local villagers’ right to get benefits from forests; (ii) Forest-related financial incentives, such as ecosystem services under PES and other investments in forest-friendly tree plantations or agroforestry play a very important role in promoting people’s motivation and desire in forest management post-FLA; (iii) the local social and political assets, such as the culture of a close relationship with forests, leadership, trust, local forest practices, clear regulation and responsibility, clear and appropriate benefit-sharing mechanism and collective action also can be considered as important factors in
designing and operating CFM; (iv) Engagement and collaboration multi-stakeholders, including local authorities, forest rangers, state forest owners and local communities in forest management is key for one inclusive and sustainable forest governance.

Instead of bringing up a new model, PanNature has tried to articulate the existing state and local institutions with the local political economy as well as local norms needs and desires to foster better effectiveness and sustainability of the CFM model in the project site. “Inclusive Forest Landscape Governance is the name of this approach and we hope it will be further applied and replicated in Vietnam’s CFM system in the future.”