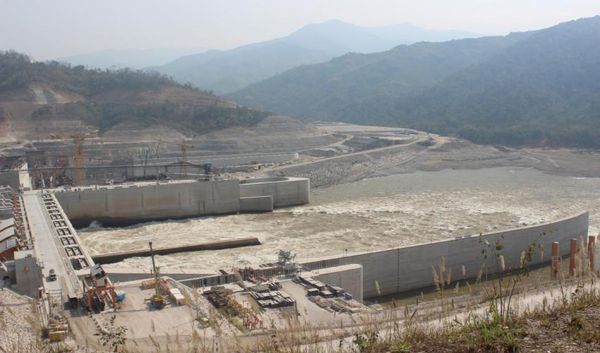 60 year-old Sau Dung is a fisherman who lives by the Hau River, a distributary of the Mekong in Viet Nam’s Hau Giang Province. His family relies on his catch, and with his skill and hard work, he can earn VND 6 million (US$ 265) every month. But there are not many fishers like him left—recent years have been hard on the river, and there are fewer and fewer fish left to catch.

Sau is one of about 18 million people living in the Mekong Delta who are affected by drastic changes in the river due to climate change, development activities and, most notably, hydropower development on the Mekong mainstream.

Upstream, China has already built seven dams. Meanwhile, there are closer risks to the Mekong Delta from the 11 mainstream dams planned in Laos and Cambodia. The Strategic Environmental Impact Assessment Report by the Mekong River Commission indicates severe impacts on the Mekong Delta if these dams are completed.

With all the risks associated with unbridled hydropower development, farmers and fishers like Sau, whose livelihoods depend on the river, are the most vulnerable. Unfortunately, they rarely have the opportunity to make their voices heard in decision-making processes.

But with the help of the NGO PanNature, and with the support of the Critical Ecosystem Partnership Fund (CEPF), the concerns of these communities are being heard by policy and decision makers. Since 2014, as part of their advocacy on information and communication on various environmental issues, PanNature has been helping amplify the voices of river-dependent communities.

“Information and communication play crucial roles in modern society,” said Mr. Trinh Le Nguyen, PanNature’s Executive Director. “However, environmental crises and conflicts are often low on the media agenda. Local communities that directly suffer the impacts of pollution and environmental degradation can therefore lack opportunities to express their concerns. Also, the public is not always ready to learn or care about the environmental crises that are threatening Viet Nam.”

To bring the issue to the attention of the public and government officials, enriching the media’s knowledge was important. From 2014 to 2017, PanNature organised a series of training courses, panel discussions and media-policy workshops, gathering participation from local and national journalists. PanNature also provided reporters with the latest updates and diverse perspectives from the angles of science, policies and concerns of communities along the Mekong. Part of this work supported the Procedures for Noti?cation, Prior Consultation and Agreement (PNPCA) processes undertaken by the government on the Don Sahong and Pak Beng dam proposals.

To help journalists to gain a thorough understanding about water resources governance, hydropower and other water-use projects in the Mekong River, PanNature organised field visits not only within Viet Nam, but also in Laos, Cambodia and Thailand. The articles produced by journalists after the field visits were widely disseminated and served to spotlight potential risks threatening the Mekong Delta.

“Witnessing hydropower development on the Mekong firsthand, and knowing about the impacts of changes in water flows to the livelihoods of communities enabled me to give a more detailed view of hydropower planning and development of upstream countries in the mainstream Mekong,” said Vo Manh Hung, a Vietnam News Agency reporter known by his pen name Hung Vo. Vo recently received a national media award for his reporting on the impacts of hydropower projects.

Meanwhile, on its news website ThienNhien.Net, the NGO wrote and published articles and briefing papers about water-use projects on the Mekong. PanNature also produced films about changes in the Mekong Delta, as well as a series of interviews with environmental activists and experts.

Public events and fora also served to raise awareness and focus government attention on the potential impacts of hydropower dams on the Mekong Delta. In the regional public forum “Local Mekong’s Voice: Message to Mekong Governments on Mekong Dams”, co-organized by the group, farmers were able to raise their concerns and expectations to policy makers. More importantly, their opinions were recorded in Viet Nam’s National Report to the International Mekong River Commission in the PNPCA process.

Many of the outputs from PanNature’s activities related to Mekong hydropower development have been used by other NGOs and governmental agencies, including the Viet Nam National Mekong Committee and the Ministry of Environment and Natural Resources.

With the public and policy makers’ enhanced awareness and understanding about the concerns of vulnerable communities in the Mekong, fishers like Sau and the millions of others whose lives and livelihoods are closely entwined with the life of the river, now have a better chance in ensuring that decision makers will take their concerns into account.