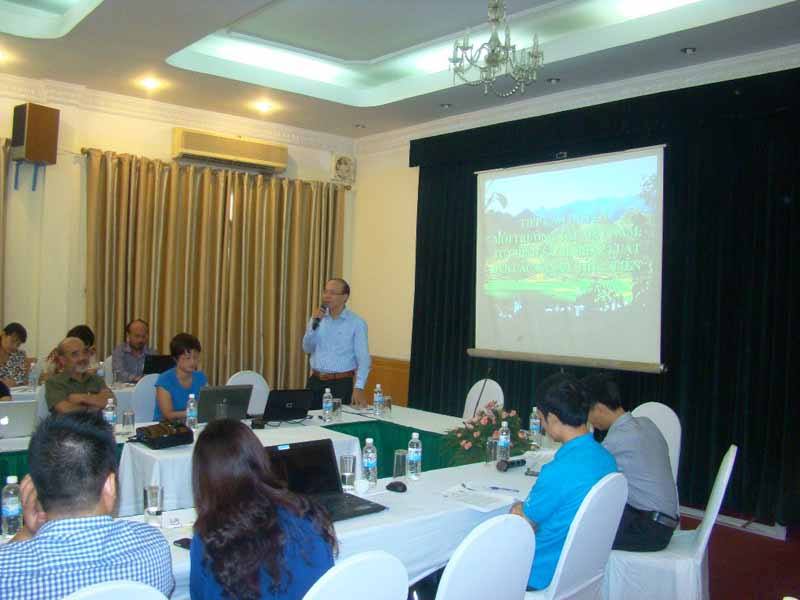 Climate change would trigger harsher weather extremes in Vietnam in the coming time as it has in the past 50 years caused sea level in the country rising by 20 cm and average temperature up 0.5 degree Celsius.

At a seminar to review a project on national response capacity to climate change in Hanoi on September 20, Deputy Minister of Environment and Natural Resources Tran Hong Ha reasserted that Vietnam is one of the countries hardest affected by climate change, especially sea level rise.

The adoption of a resolution, a target programme, a strategy and a plan of action at national scale together with action plans issued by ministries, sectors and localities showed how serious Vietnam is in tackling climate change, the Government official said.

Head of the Hydrometeorology and Environment Institute Tran Thuc said the project’s four-year operation has contributed sizably to the building of the national strategy, the national target programme and the action plan in response to climate change.

The project, which also involved in how to reduce vulnerability and control green house gas emissions, has helped build up documents and technical guidelines to support activities to cope with climate change in Vietnam, Thuc added.

UNDP representative Bakhodir Burkhavov said the project worked to strengthen the policy-building capacity and scientific research on climate change as well as raising awareness and training human resources for the issue.

The same day, a discussion on how concerned parties can involve in appraising environmental impacts took place in Hanoi.

Participants voiced that an important step to verify environmental impact appraisal outcome that is to consult the community at the project site is seemingly neglected.

As such consultation is not yet legalised, the role and participation of local people and social organisations have not been paid due attention, the participants observed.

The consultation and information publicity regarding environmental impact appraisal has been regulated in the revised Law on Environmental Protection since 2005. However, shortcomings in implementing the activity remained.

The event was jointly held by the People and Nature Reconciliation (PanNature), the Asia Foundation and the Vietnam Forum of Environmental Journalists (VFEJ).