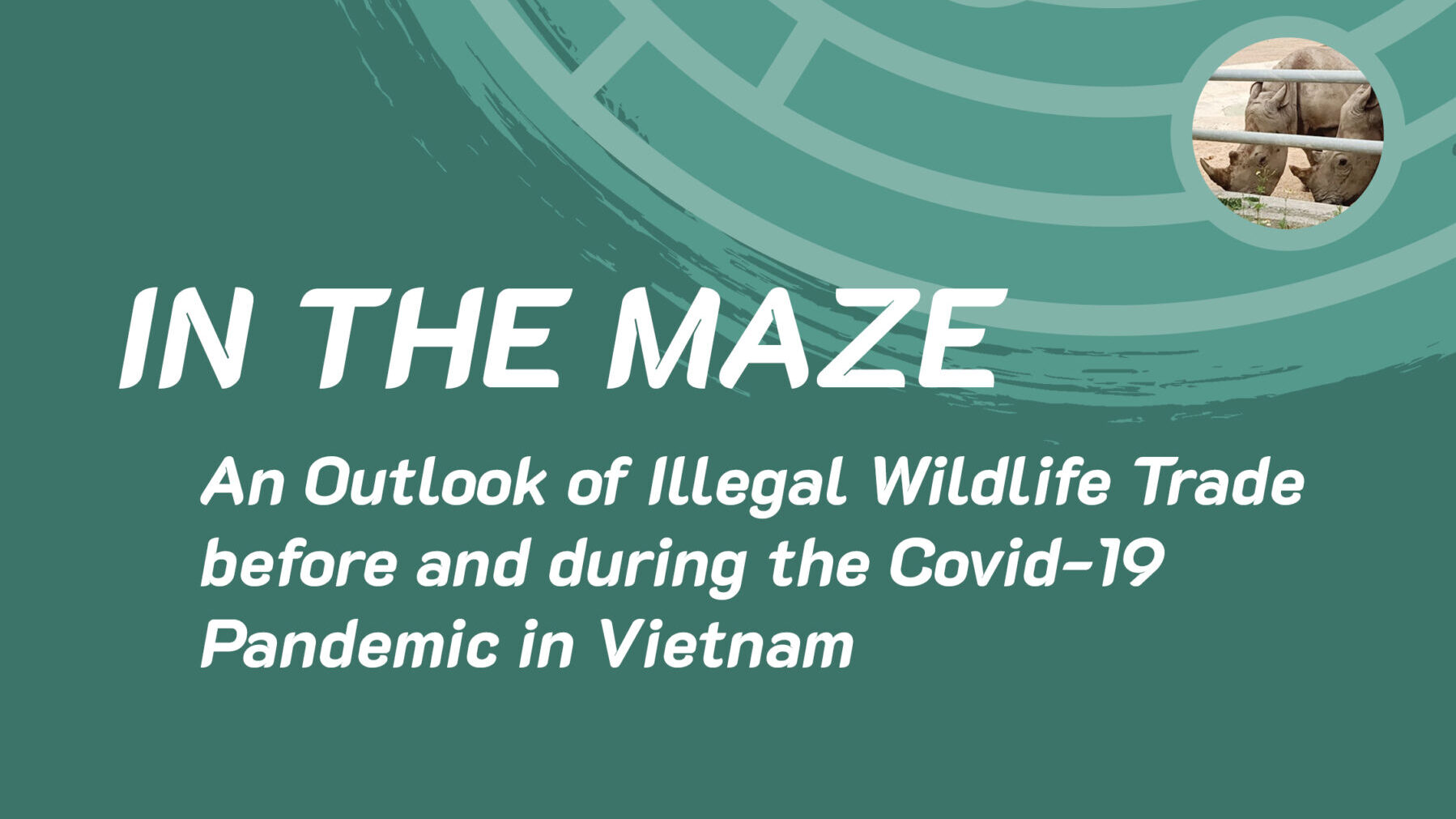 In recent years, Vietnam has become one of the global hotspots for the illegal trade of wildlife. Despite efforts of the government and counterparts in combating this endemic problem, evidence shows that the illicit trade has not declined.

Field surveys and media investigations conducted by People and Nature Reconciliation (PanNature) were reflected in the report: “In the Maze: An Outlook of Illegal Wildlife Trade before and during Covid-19 Pandemics in Vietnam“. The surveys and investigations were conducted in 20 cities and provinces during 2019 and 2020, targeting areas selling ivory, tiger, turtles (products), and wild birds. The report also proposed several urgent solutions to cope with illegal wildlife trade and consumption as food and medicine with wildlife origin.

Sincere thanks to the European Union for sponsoring us to conduct this report in Project “Partners against Wildlife Crime: Support to disrupting illicit supply chains of wildlife in Asia by leveraging civil society partnerships to increase the effectiveness of government action”.

The Challenges of Collective PES: Insights from Three Community-based Models in Vietnam
Vietnam has adopted a national Payment for Forest Environmental Services (PES) policy, which while primarily paying individual households for forest protection, has been flexible enough to allow for collective PES models to also arise. Such collective models have the potential to reduce transaction costs, avoid motivation crowding, and protect common-pool resources like community forests.
Barriers to Combating the Illegal Trade of WildLife
The Covid 19 pandemic has been upended the world for the last two years, causing dramatic losses of human lives and social and economic disruption. Along with immeasurable losses, the pandemic has also entailed socio-economic changes and humanity's perception of the world we are dwelling in. The virus that causes the Covid-19 pandemic is likely to originate from wild animals. Although this is not a firm conclusion up to this point, it is a deeper warning than ever about the human way of life, which exploits nature indiscriminately, causes ecosystems to deteriorate, and leads to irreversible damages.
Farmers as the Heart of Climate-Resilient Villages

Farmers need to be the central part of agricultural initiatives…