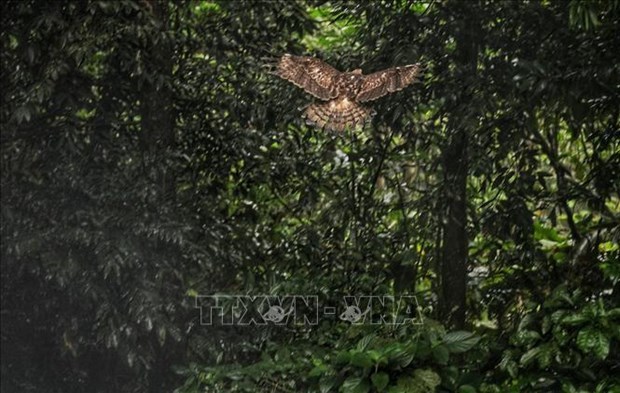 A risky trend of having wildlife pets have become more popular, particularly among young people in Vietnam in recent years, said Nguyen Thu Thuy from the Asian Turtle Program (ATP) at a workshop held virtually on September 28.

A risky trend of having wildlife pets have become more popular, particularly among young people in Vietnam in recent years, said Nguyen Thu Thuy from the Asian Turtle Program (ATP) at a workshop held virtually on September 28.

Co-organised by the ATP, People and Nature Reconciliation (PanNature), and Animals Asia Foundation (AAF), the event aimed to prevent the illegal keeping of wild animals as pets.

Assessing effects of the trend, Thuy said many risks for not only the animals and their keepers but also the ecological environment have been warned.

In fact, more than 70 percent of emerging dangerous infectious diseases in humans are of animal origin. Not to mention, in fact, some wild animals attack people, causing unpredictable injuries.

From the animal welfare perspective, Nguyen Tam Thanh, a representative of the AAF, noted that demand for wildlife pets will drive the need to hunt and trade these species, reducing their numbers and even pushing them to the edge of extinction.

Captivity is likely to put the animals at risk due to differences in nutrition, living conditions, and psychological factors, among others, he added.

Experts took the occasion to put forth a series of solutions to curb the illegal activity, including building a clear legal framework, boosting relevant management, and building policies based on domestic and international data. Cooperation and communications activities are also necessary, they said.

They noted there is a need for stronger communications about the transmission of viruses and drug resistance from wild animals to humans on TV and social networks.