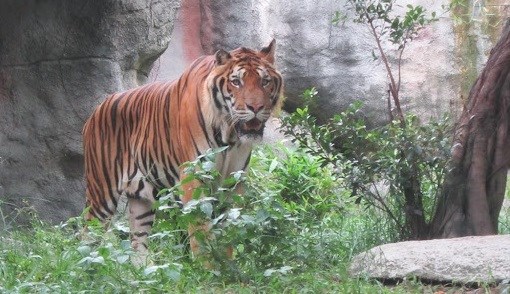 The People and Nature Reconciliation (PanNature) on August 24 organized a seminar looking back on the captivity, trading, rescue, and conservation of tigers in Vietnam after the recent seizure of 17 tigers in Nghe An province.

The People and Nature Reconciliation (PanNature) on August 24 organized a seminar looking back on the captivity, trading, rescue, and conservation of tigers in Vietnam after the recent seizure of 17 tigers in Nghe An province.

The tigers were found being raised illegally in the basements of two families in the central province on August 4.

Director of the Education for Nature Vietnam (ENV) Bui Thi Ha stated that Vietnam has already had strict sentences for tiger-related crimes, especially since the Penal Code came into effect.

She suggested the country invest more time and resources in dealing with leaders of tiger smuggling rings while stressing the importance of news agencies and press outlets to disseminate relevant laws.