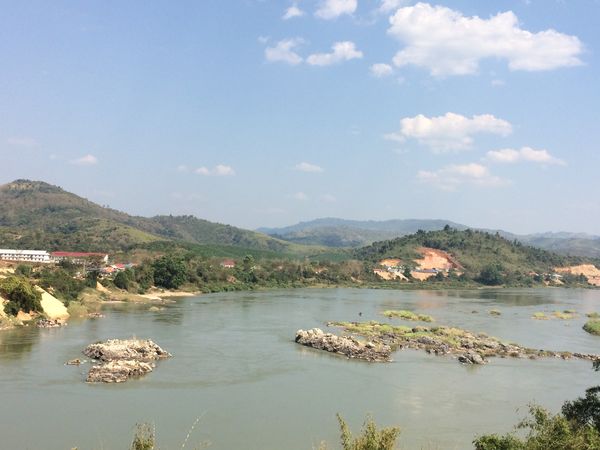 On the occasion of the Mekong River Commission’s (MRC) regional stakeholder forum on the Pak Lay Hydropower Project, Save the Mekong – a coalition of non-government organizations, community groups and concerned citizens in the Mekong region – calls for a new Transboundary Environmental and Social Impact Assessment (TBESIA) and Cumulative Impact Assessment (CIA) for the proposed Pak Lay dam due to the poor quality of the current assessments. Pak Lay is the fourth dam on the lower Mekong mainstream in Lao PDR and has recently commenced the MRC’s Prior Consultation procedure.

The stated purpose of the Pak Lay TBESIA/CIA is “to provide decision makers with timely information on the potential transboundary and cumulative environmental and social consequences.”(1) However, due to serious flaws, the Pak Lay assessment does not provide a reliable basis to inform planning and decision-making on the potential transboundary and cumulative impacts of the project. Prior Consultation should therefore be halted until new assessments are conducted of a sufficient standard to ensure informed and meaningful participation in decisions regarding the project.

Large sections of the Pak Lay TBESIA/CIA report are simply copied directly from the Pak Beng dam TBESIA/CIA report, dated 2015. As a result, the Pak Lay report is flawed and out-dated, with most data and references dating prior to 2011. The Pak Beng TBESIA/CIA was itself critiqued as containing inadequate data and analysis,(2) prompting questions over the adequacy of the information relied upon to inform the Prior Consultation process.

The Pak Lay assessment does not draw on available studies, including those conducted by the MRC. It incorrectly notes that the MRC’s 2010 Strategic Environmental Assessment (SEA) of Mekong mainstream dams is not yet available.(3) Relevant environmental and social legislation(4) is incomplete and out of date.(5) The Pak Lay assessment contains no references to the Council Study, conducted by the MRC over a six year period at a cost of USD 4.7 million to establish a reliable scientific evidence base on the environmental, social and economic impacts of Mekong development. The results of the study were intended to enhance Member Country planning processes and to inform prevention, mitigation or compensation options for water resource development.

The Environmental Impacts and Mitigation section notes that after mitigation, all impacts from the Pak Lay dam will either be insignificant or positive.(9) This section is not supported by evidence. Instead, it is copied from the Pak Beng assessment. The MRC Technical Review for Pak Beng identified insufficient evidence as a key concern; and recommended that the developer “provide more robust evidence for the effectiveness of the proposed mitigation measures, or acknowledge the uncertainty and adjust the assessment outcomes.”(10)

It is clear that there has not been meaningful public participation in the preparation of the Pak Lay assessment. For example, the Public Involvement section is an almost exact copy of the Pak Beng report, with the main change being the name of the dam. However, the authors neglected to change the name of the company, so the Pak Lay report still mentions Datang, which is actually the developer of Pak Beng.(11)

During the recent ASEAN World Economic Forum in Vietnam, Lao Prime Minister Thongloun Sisoulith said that, “from now on the construction of hydroelectricity dams in Laos must undergo proper studies” and “be based on the conditions of top-quality studies and research. Designs must meet international standards and be scientifically sound.”(12)

Clearly, the Pak Lay TBESIA/CIA cannot be considered top-quality, scientifically sound, or up to international standards. A new TBESIA/CIA must be conducted for the proposed Pak Lay hydropower project. To be credible and reliable, the new TBESIA should draw on updated studies, conduct meaningful consultations with potentially affected communities, including those in neighbouring countries, and must be conducted in accordance with international standards. The Pak Lay dam should be suspended until a new TBESIA/CIA is completed. The MRC should halt the Pak Lay Prior Consultation and require assessments of sufficient quality to support an informed and meaningful consultation process.

Save the Mekong Coalition
20 September 2018

[5] E.g. relevant laws and policies such as the Water and Water Resources Law (2017), the Revised Environmental Protection Law (2012), the Policy on Sustainable Hydropower Development (PSHD) (2015), and the PSHD Implementation Guidelines (2016) are not mentioned.