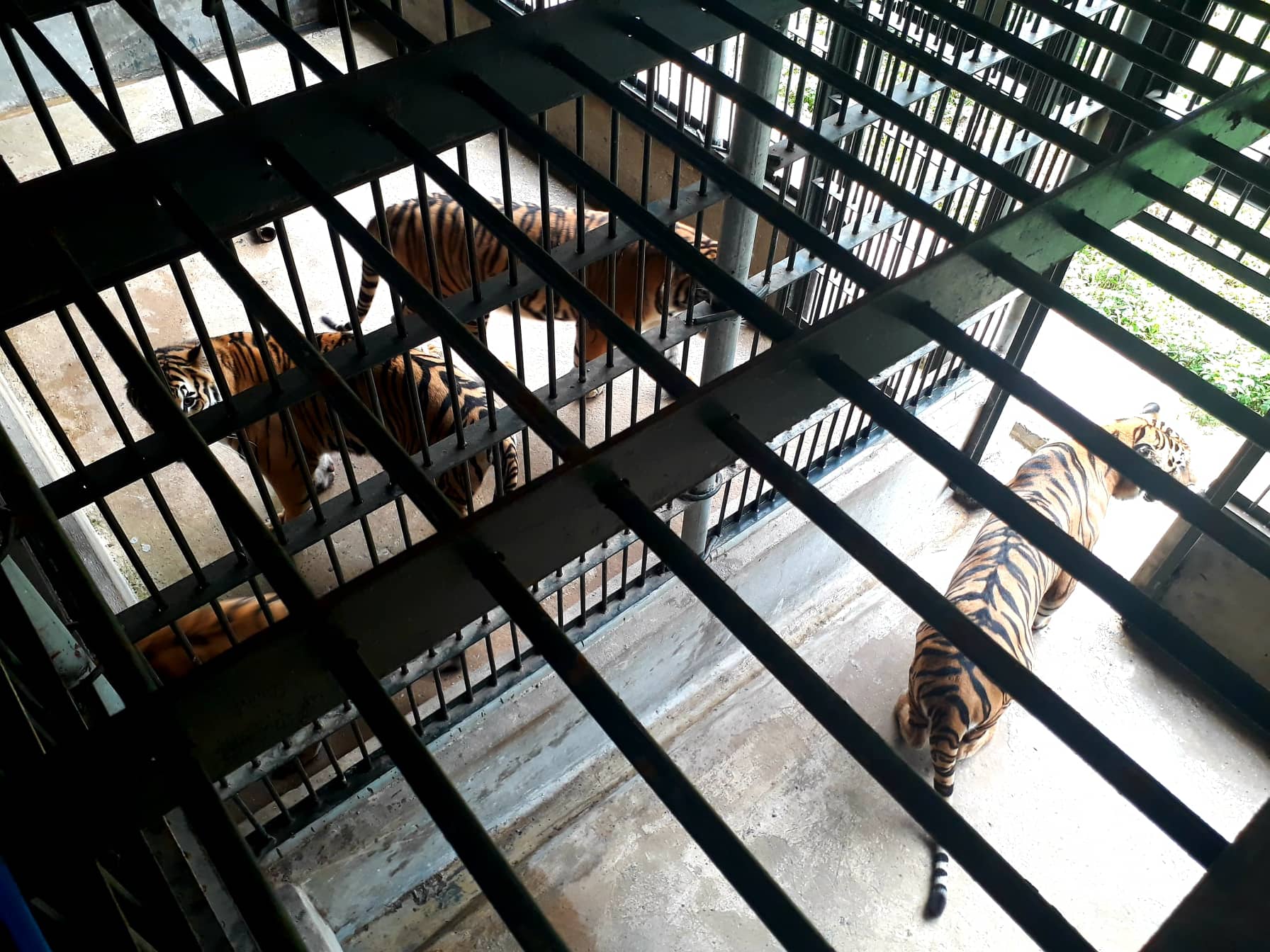 At 12 February, PanNature and 15 conservation organizations including Vietnamese and International NGOs have sent the letter to Chairman of Hanoi People’s Committee and Director of Hanoi Department of Agriculture & Rural Development to propose active guidance to swiftly implement the project to expand the Hanoi Wildlife Rescue Center in order to maximize its operational efficiency.

Hanoi Wildlife Rescue Center (“HWRC”) was established in 1996 according to Hanoi People’s Committee’s Decision No. 2031/QD-UBND (dated June 13, 1996), and reorganized in 2013 according to the Committee’s Decision No. 4018/QD-UBND (dated June 28, 2013). HWRC is one of the first units in Vietnam to have been established for the purposes of rescue, conservation, breeding, and scientific research of F2 generations.

Although HWRC is the largest and most experienced multi-species wildlife rescue center in Vietnam, the facility is under a lot of pressure to meet the country’s increasing wildlife rescue needs. In 2016, Hanoi People’s Committee issued Official Letter No. 448ZUBND-KT, which stated that the Committee agreed with the proposal to expand HWRC to upgrade its technical infrastructure in order to improve the effectiveness of on-site rescue and the semi-wild rearing of species. However, up to now, there has been no movement from relevant authorities to implement this expansion project.

Appreciating HWRC’s role in rescuing and housing wildlife for over 24 years, we, the representatives of 16 wildlife conservation organizations in Vietnam[1], respectfully propose that you consider directing relevant authorities to implement the above-mentioned project in 2020, for the following two reasons:

Firstly, ensuring the capacity and effectiveness of wildlife rescue at HWRC

Although releasing forest animals to their natural habitats is the top-priority measure, in reality, this is fairly difficult and requires the efforts of many stakeholders. In order to re-release wildlife with the goal of species conservation and biodiversity protection, there are a lot of strict conditions to be met, e.g. the animal’s natural habitat has to be identified and the ecosystems of the re-stocking area assessed. Further compounding the issue, illegally trafficked, transported, or raised wild animals are often in poor health or have lost their natural behavior, rendering it impractical to immediately re-release them to the wild. Instead, transferring the animals to a rescue center is the more appropriate recommended measure.

Since its establishment, HWRC has always been willing to care for wild animals that have been confiscated from illegal activities, or those animals that have been voluntarily transferred by organizations and individuals for rescue. HWRC also rescues and receives wildlife from across the country following the request of local authorities. In many cases, wildlife has been accepted by other rescue centers but then still transferred to HWRC due to the lack of professional capacity of the first centers. The more complicated the illegal wildlife trade situation gets, as is currently happening, the greater the demand for wildlife rescue becomes. However, with an area of only 1 ha and a current total of more than 400 animals (more than 30 species), including large mammals such as tigers and bears, HWRC is under increasing pressure.

In the past years, HWRC has successfully re-released many wildlife species to their natural habitats. However, achieving the recovery of wildlife (both health- and behavior-wise) for re-releasing requires a larger area and space. We strongly believe that the center’s rate of successful wildlife re-release will increase after the expansion project.

Breeding for conservation is one of HWRC’s most important functions, as stated in the Hanoi People’s Committee’s decision for its establishment. HWRC has many opportunities to carry out research and breed endangered species for conservation thanks to the diverse range of species at the facility. These include many endemic, endangered, and rare wildlife species. However, this task requires more space than HWRC can currently afford.

To this end, we respectfully recommend that you encourage relevant authorities to cany out the HWRC expansion project in 2020, in order to expand the facility’s infrastructure, raise its capacity, and increase its standards of quality for wildlife rescue in Vietnam. We believe that with its 24 years of experience in wildlife rescue, HWRC deserves renovation and expansion to better perform its functions and train Vietnam’s next generation of wildlife rescue professionals.