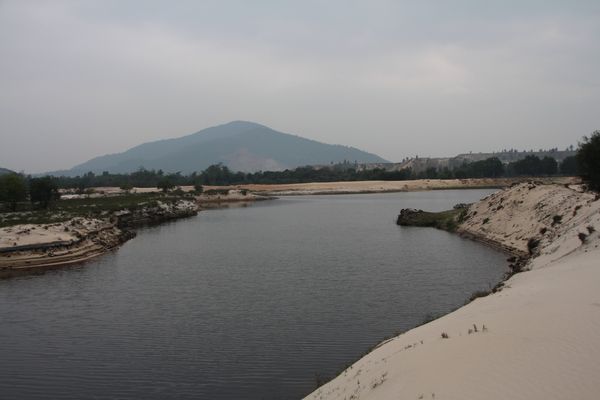 Based on the results of field research and survey combining with expert consultation in mining industry, on January 17th 2019, Vietnam Mining Coalition sent a petition to leaders of the Communist Party, National Assembly, and relevant ministries in favor of putting an end to Thach Khe iron mine project and close the mine.

The written proposal affirmed that the project has many hidden economic, social and environmental risks, as determined by research evidences from Vietnam Mining Coalition, Ministry of Resources and Environment’s environmentalists and a group of other scientists at Hanoi National University and Hanoi University of Mining and Geology.

Accordingly, the proposal has shown a series of risks in stabilizing and draining the mine. Environmental risks include the underground karts cave and damage caused by pouring waste into the sea, salinity intrusion in coastal Thach Ha, and desertification coastal sand dunes. The main market risk relates to fluctuations in iron ore consumption.

Comparative analysis weighed gains and losses, benefits and damages, economic and environmental efficiency of the project. After researching and assessing the risks throughout the 52-year project life cycle, Vietnam Mining Coalition, in accordance with the 2010 Mineral Law, suggested a halt on Thach Khe iron mine project and closing of the mine.

Thach Khe iron mine, which reserves 544 million tons of iron ore, is located in 6 communes of Thach Ha district, Ha Tinh province. It has the largest capacity in Southeast Asia. In 2009, Thach Khe Iron Company (TIC) was established and began experimenting open-cast mining by mechanical equipment. Due to many reasons, mining operations paused under an Government’s direction in 2011. Recently, TIC has a plan to restart this iron mine.