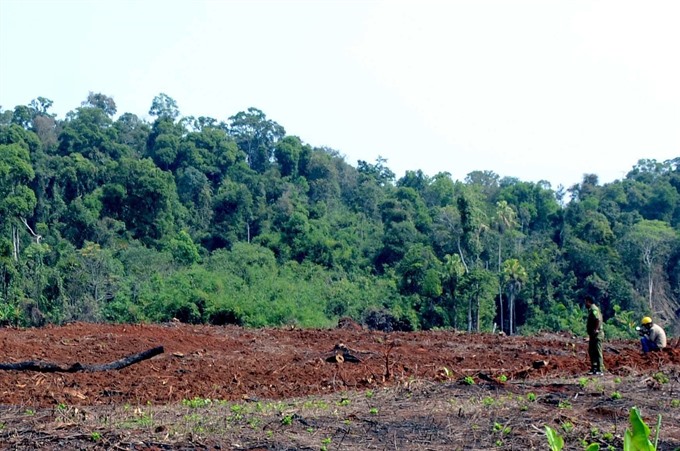 Forestry experts are optimistic about the future in Vietnam, largely thanks to community-based forest management.

The model is developing extensively in the country, and experts have lauded its ability to increase forest recover, limit deforestation and create income from forests for local people.

Nguyen Viet Dung from PanNature, a Vietnamese not-for-profit organisation that works to protect nature, said at recent seminar in Hanoi: “People’s participation in forest conservation and management is very important.”

“Of course, allocating forests to people must be associated with giving them a way to earn their living from the forest. But it isn’t deforestation for timber or hunting rare animals.”

“Hóc Village’s forest protection rules have been obeyed strictly by villagers. They ban wildlife hunting and all household must participate in patrolling and supervising the forest.”

The Forestry Law of 2017 that recognised the practice of entrusting local communities, especially ethnic minority groups that rely on forest for income, was a key step in State forest management and protection.

Community-based forest management was considered appropriate because it promotes sustainable management and use of forest resources and improves citizens’ livelihoods.

Prof. Dang Hung Vo, former deputy minister of Natural Resources and Environment, said the model has grown across the world and in Vietnam, it was spreading and receiving support.

According to the UN Environment World Conservation Monitoring Center, the acreage of forest under the management of community in South America, Africa and Asia accounts for 11 per cent of total global forest acreage.

“Thai ethnic minority people living in mountainous area understand the role of forest with their life and crops, as well as people’s responsibility to protect forests. The forest provides bamboo shoots, vegetables, mushrooms, herbal medicine and wood to build houses when they live or coffins when they die”.

“Community-based management is the best form of forest management and popular among ethnic minority groups,” he said.

“The difficulty is limited community capacity and empowering forest management for local people in multi-ethnic minority living areas is more difficult than in the area dominated by  one ethnic group.”

Five among seven villages in the commune signed forest protection contracts with the forest management board, worth VND 200,000 per hectare per year for each household. Forest patrol teams were set up in three villages. The project assisted local villagers in growing fruit trees and raising pigs.

On the other side, some localities in the Central Highlands refused to allocate forests to local communities for management, instead giving the responsibility to State enterprises and forest management boards.

In addition, land disputes still occur in many localities in the Central Highlands between local ethnic minorities and migrants, and local people with forest owners.

According to Dao Cong Khanh, from the Research Institute for Sustainable Forest Management and Forest Certification, the thinking of management agencies that to “allocate forest to people is deforestation” wasn’t accurate.

“It is necessary to manage and educate people to understand regulations of the State.”

By the end of 2018, Vietnam had 1.1 million hectares of community-based managed forest land, including natural and planted forest, accounting for 8 per cent of total forest acreage nationwide.