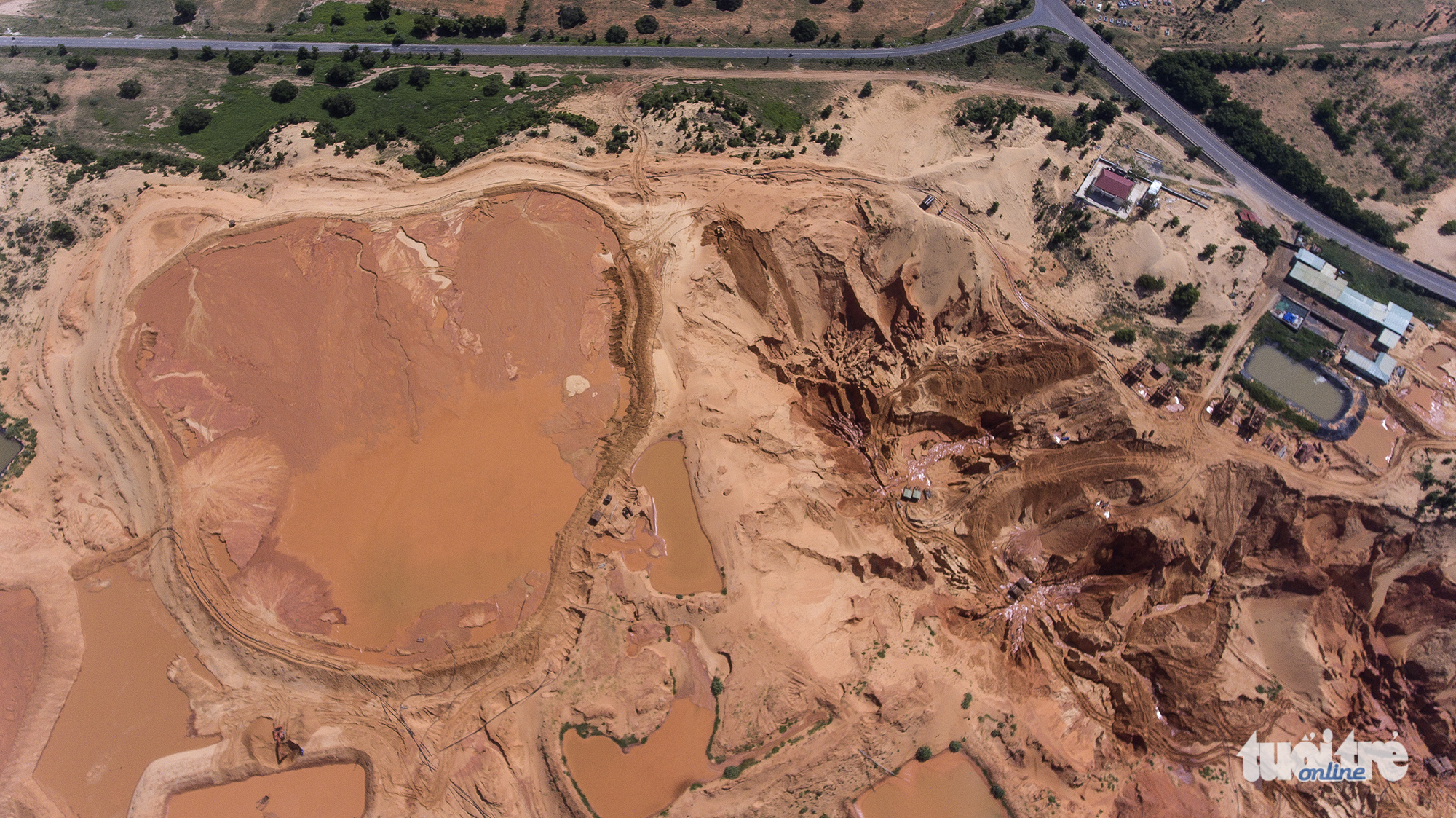 Titanium and zircon mining sites in Binh Thuan Province are said to be ruining the landscape of the popular south-central Vietnamese province by creating unsightly impact craters.

Vietnam’s Ministry of Natural Resources and Environment has issued mining permits at seven projects in Binh Thuan, covering a combined area of over 2,542 hectares.

All seven of the titanium-zircon mines have had their operations temporarily suspended however, due to their failure to satisfy all of the necessary conditions.

A number of scientists have pointed out major shortcomings in Binh Thuan’s vision for a sustainable titanium-zircon mining industry.

Earlier feasibility reports on the local titanium reserves that painted a bright picture and talked up the “economic power” that the resource would bring have since been called out by experts as “delusional”.

The Binh Thuan People’s Committee has admitted that its planning of titanium mines along the coastline and on high ground could pose local safety and environmental risks.

According to Professor Dang Trung Thuan, Faculty of Geology, University of Science – Vietnam National University, an expert from the not-for-profit environmental group PanNature, mining titanium requires deep drilling, which can result in the destruction of environmental balance and losses of water supply – a crucial resource already scarce in Binh Thuan.

Other scientists have pointed out that titanium mining has not only failed to deliver any economic benefit to Binh Thuan over the past few years but has in fact slowed down the province’s socio-economic development.

This has largely been attributed to the illogical and scientifically unfounded planning of titanium mines, turning Binh Thuan into a mining site filled with craters that threaten the local tourism industry.