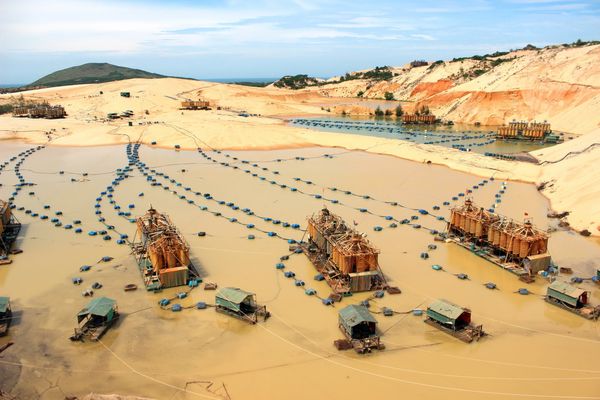 Experts have warned that excessive mining could lead to the disappearance of titanium from Vietnam, for the resource is not abundant as many have thought.

Local pundits gathered at a conference in Phan Thiet City, located in the south-central province of Binh Thuan, on Saturday morning to discuss the exploitation and consumption of titanium in the Southeast Asian country.

During the gathering, which was organized by the Vietnam Union of Science and Technology Associations (VUSTA) and the provincial People’s Committee, multiple issues in the mining of the resource in Binh Thuan were pointed out.

The majority of delegates agreed that the overall plan for titanium mining had listed an incorrect amount of titanium reserves in the locality, and they refuted the exaggerated benefits the chemical element could bring.

They also considered that the mining of titanium in the coastal province had posed risks of an environmental disaster.

According to Prof. Dang Trung Thuan, Faculty of Geology, University of Science – Vietnam National University, the titanium reserves previously announced by the Ministry of Natural Resources and Environment do not match the calculation of local scientists.

“Saying that Vietnam has 5.9 metric tons of titanium in reserves, worth over US$138 billion, is not correct,” Prof. Thuan asserted, without providing his calculation.

In order to extract the element, deep drilling is required, resulting in damage to the environment and more seriously, the depletion of water resources, he added.

Backing the opinion, Dr. Pham Quang Tu from the Vietnam Mining Coalition, stated that Vietnamese authorities have not been realistic in hoping that titanium will help save the local economy.

Dr. Le Ai Thu, member of the Vietnam Union of Geological Sciences, listed similar mistakes in the inaccurate calculation and planning of iron ore mining in the north-central province of Ha Tinh or steel production in the northern province of Thai Nguyen.

Many also pointed out at the conference that the mining industry contributes just a small part to Binh Thuan’s socio-economic development.

Statistics showed that mining merely accounts for 0.5 to one percent of the province’s annual gross regional domestic product, while the share of tourism is nearly 10 percent.

Titanium mining has been obstructing the development of tourism, an expert remarked.

Several clean energy and tourism projects in the province have not been executed as the required areas are being occupied by titanium exploitation sites, which has so far upset investors, Pham Van Nam, vice-chairman of the provincial administration, said.

Prof. Thuan suggested that Binh Thuan should become a center for tourism and clean energy, instead of a titanium mine.

Other delegates consented to that idea by voting against the exploitation along the Binh Thuan coastline to prevent environmental consequences.