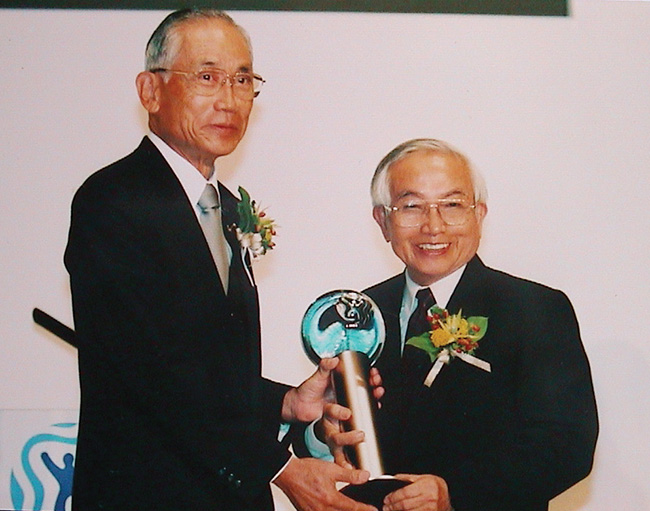 Dr Quý, known as the father of conservation in Vietnam, was from the central province of  Hatinh and worked as lecturer at a number of universities, including the University of Hanoi (former name of Hanoi National University) and Hanoi Agriculture University. He also lectured at Wiscosin University in the US and Oxford University in the UK.

Being keen on nature since he was small, Quý pursued an ornithology major when he started studying at the Biology Faculty of the University of Hanoi in 1956.

Quý discovered a new species of pheasant (Lophura hatinhensis) in Ke Go area, Ky Anh District of Ha Tinh Province when he was in his 30s. Quý then conducted research to prove that a bird, which was called gà l?ng (l?ng chicken) by locals, was a new type of pheasant. It wasn’t until 20 years later that the International Committee for Bird Preservation approved his research and named the newly found species “Võ Quý pheasant” in 1975.

Quý, along with his colleagues and students filed for recognition of more than 1,000 species and sub-species of birds in Vietnam. He also published a total of 14 books, including The Birds of Vietnam, the first zoological book written by a Vietnamese scientist with a description of nearly 800 species. He was also the translator of three environmental books. In addition, Quý published more than 100 papers and studies on ornithology, biodiversity, sustainable development, long-term effect of herbicides on environment and living resources.

For his great contributions to education and research, Quý was awarded 12 medals and orders by the Government.

He also received a number of honours and awards, including the WWF Gold Medal in 1988, the Global-500 Award from UNEP in 1992, the highest award of IUCN, the John Phillips Medal in 1994, the Bruno-Shubert Award, I Category of Germany in 1994, the PEW Scholars Award of the University of Michigan, the Blue Planet Prize of Japan in 2003, the Certification of Appreciation of the World Association of Representatives for Descendants, in 2004. In 2008, he was selected as one of the Heroes of the Environment by Time Magazine.

Quý donated US$150,000 worth of prize money to natural resource protection research at Ha Tinh, and the Blue Planet Prize worth more than $350,000 for environmental officer training.

Dr Quý’s death is “a big loss for Vietnam’s conservation field, as well as for the national and international researcher community,” said PanNature, an organisation dedicated to protecting and conserving diversity of life and improving human well-being in Vietnam, for which Quý was a advisor and supporter since its establishment.