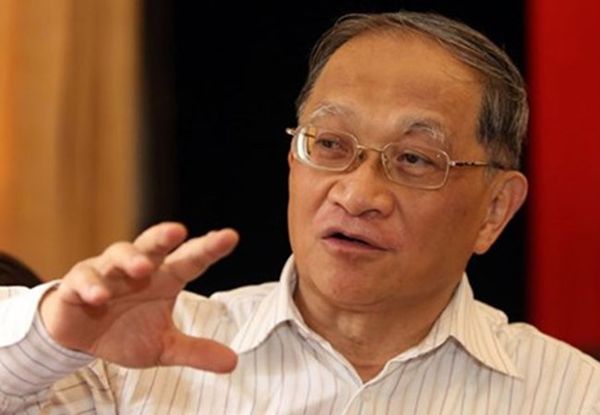 No legal document specifying which technologies can or cannot not be imported to Vietnam exists. This ambiguity has hindered Vietnam from ‘filtering’ projects that could cause pollution.

Right after Da Nang City’s authorities rejected an investment project because it was believed to cause pollution, another province rolled out the red carpet to invite the investor to develop a project and lowered the required environmental standards.

In 2015, Thai Nguyen province took pride in its high growth rate of 93 percent thanks to the investment project developed by Samsung.

The industrial productivity in the province increased by 100 percent within one year, a very impressive figure. Therefore, Thai Nguyen has been praised for its great achievements in industrialization.

“However, we still need to consider the impact on the environment caused by the industrial productivity increase,” he commented.

According to Tran Thanh Thuy from PanNature (People and Nature Reconciliation), 67 percent of foreign invested enterprises (FIEs) in Vietnam operate in industries with low added value, while 80 percent of FIEs utilize mid-tier technologies and 14 percent use outdated technologies.

Only five percent of investors operate in modern industries such as information and communication, 5 percent in science & technology services, and 3.5 percent in insurance & finance sector which utilize modern management skills and high-quality labor force.

Meanwhile, according to the Foreign Investment Agency, only 28 investment projects have been registered in the water supply and waste water treatment sector since 1988, a very modest figure compared with the total 13,530 valid foreign direct investment (FDI) projects.

Since 2015, experts have repeatedly been warning about the new wave of FDI into the textile, dying and fiber industries in anticipation of TPP.

The Ministry of Planning and Investment (MPI) has also warned about the environment risks from the projects and asked local authorities to think carefully before licensing.

“In many cases, we underestimate the cost to the environment if pollution is caused,” Hai said.

Vietnam has stated that it won’t accept outdated technologies. However, according to Nguyen Khac Kinh, chair of the Vietnam Environment Impact Assessment Association, the problem is that there is no legal document specifying which technologies can and cannot be imported.