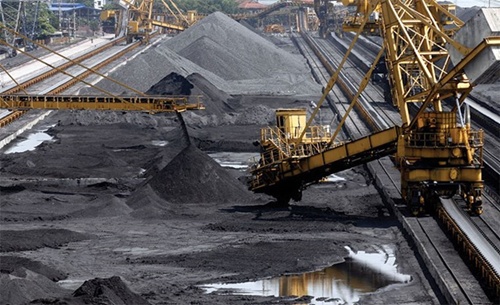 It was critical for Viet Nam to tighten natural resources consumption tax policies to improve budget collection from exploitation activities, while a number of resources were facing exhaustion, experts said.

At a conference held by PanNature at the end of last month, experts said that budget collections from mineral mining activities were not proportional to the exploitation scales. Statistics of the Ministry of Finance revealed that natural resources exploitation (excluding oil) contributed merely between 0.9 per cent and 1.1 per cent to the State budget from 2011 to 2015.

Viet Nam began to collect natural resources consumption tax in 1991, in accordance to the Ordinance on Natural Resource Tax 1990 which was amended twice in 1998 and 2008, and was replaced by the Law on Natural Resources Tax in 2009.

“There existed loopholes in the resource consumption tax policies which mining companies could take advantage of to avoid and evade taxes,” Le Xuan Truong, professor from the Academy of Finance, said.

Currently, the resource consumption tax calculation was based on output and prices, Truong said, and added that the output was declared by firms while the prices were set by the provincial authorities and were varied between different localities.

However, the management towards exploitation output was weak, coupled with inefficient co-ordination between tax and natural resource authorities, which was causing losses to the budget, Truong said.

Emanuel Bria, from the Natural Resource Governance Institute, was quoted by Cong Thuong (Industry and Trade) newspaper as saying that Viet Nam could lose up to US$1 billion in budget collection due to gaps in resource consumption tax policies and a weak management.

While Viet Nam still struggled to balance the budget, Emanuel said that amendments to the Law on Natural Resource Tax towards transparency and appropriateness was necessary to improve collection, he said.

Thuy said that the EITI, applied in 49 countries around the world, had helped them to collect taxes efficiently.

At the conference, Trinh Le Nguyen, director of PanNature warned about the anticipated exhaustion of many types of minerals in the near future, such as oil in 56 years, barite in 21 years, bronze in 19 years and gold in 21 years.