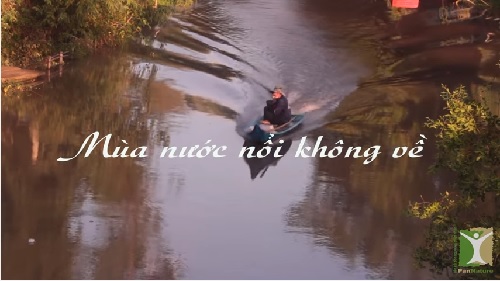 Mekong Delta in Vietnam is one of the most affected areas by climate change in the world. In the future, when hydropower dams add up these impacts, local life will certainly be harder and harder.

Eventually, those farmers and fishermen like Mr. Sau Dung will be most vulnerable when the river is no longer the Mekong that used to nurture them in the past.

The story is produced by PanNature with support from the McArthur Foundation and the Critical Ecosystem Partnership Fund (CEPF).

Indigenous Communities – Bodyguards of the Forest
In Vietnam, many forests are being effectively managed by the most active guardians - the local communities - thanks to their cultural norms: the forest left by their ancestors is also the place where the forest god resides. It’s the traditional regulations and laws imprinted through the traditional practice of worshiping the sacredness of the gods that guide the community to manage and protect these forests for hundreds and thousands of years. However, there are challenges ahead that hinder them from playing their role.
Why does Thanh Hoa Birds’ Hell still exist?
Do you know that HIV, Ebola, H5N1, SARS, etc., have all been proven to be zoonotic diseases, which originate from wildlife and transmit to humans?
Shaping a sustainable future in the forests of the A Luoi Valley
The A Luoi Valley bears the scars of war and suffered the tactical use of herbicides. Today it also faces the challenges of deforestation, reforestation, and struggles for resources between diverse stakeholder groups. How do people in the A Luoi Valley in Vietnam manage their forestland in times of accelerated climate change, and what are their livelihood needs?
Categories
Copyright 2022 PanNature Some Rights Reserved
Back To Top