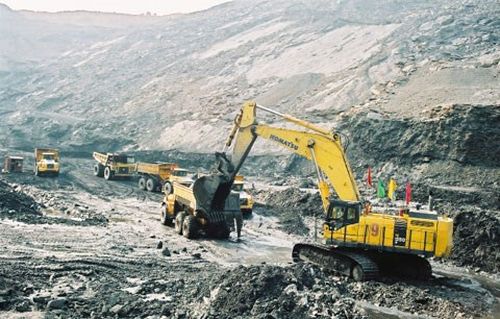 Vietnam needs to raise awareness of mineral resources and take measures to boost intensive processing in order to reduce losses and protect the environment, suggested experts at a seminar in Hanoi on December 3.

They recommended Vietnam make the efficient use of natural resources to serve its long-term development.

It is also necessary to develop science and technology in all stages from extracting, processing to utilising, improve capacity of technicians and managers, and fine-tune legal tools, they added.

At the seminar, jointly held by the Vietnam Mining Coalition, the People and Nature Reconciliation (PanNature) and the Centre for Development and Integration, participants said Vietnam approached the Extractive Industries Transparency Initiative (EITI) in 2006 and the Ministry of Industry and Trade has been entrusted to implement this initiative.

However, after nearly a decade, the country has not yet committed to enforcing the EITI due to limitations in capacity and policy.

Experts held that Vietnam is now capable of implementing the initiative. As it is facing reform pressures from the international integration, Vietnam should see the EITI as an overall measure to accelerate reforms in the mining sector, thus helping better manage its non-renewable resources.

According to Director of the PanNature Trinh Le Nguyen, Vietnam was ranked 7 th in the extraction of crude oil in the Asia-Pacific region, contributing 2.3 percent to the world’s total amount of tin and 1.8 percent to cement in 2012.

With such exploitation scale, many kinds of minerals in Vietnam could become exhausted in the near future, the ministry warned.

The Vietnam Union of Geological Sciences calculated that the remaining time for mining oil and gas is 56 years, Barit and gold 21 years, tin 19 years, lead and zinc 17 years.