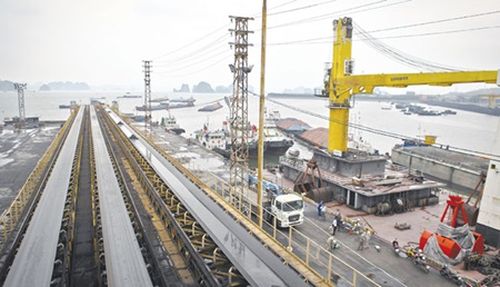 Participants questioned the transparency as well as effectiveness of collecting environmental protection fee from miners at a conference* recently held in Hanoi.

The fee has been officially collected from individuals or organisations exploiting minerals since 2006 following Decree No 137/2005/ND-CP approved by the Prime Minister Nguyen Tan Dung.

However, a survey of the Vietnam Mining Coalition, conducted in 30 communes throughout the country, showed that only six communes were allocated the fee, 21 communes said no project cleaned up and improved the environment, and 12 others said they did not even know about the fee allocation.

Tran Thanh Thuy, coordinator of the coalition, said mining activities are estimated to take place in over 41,000 ha across the country.

Deputy Chief of the Institute for Social Development Studies Pham Bich San recommended the Government to clearly regulate the role of authorities at the provincial, district and communal levels in using the fee.

It should set up a supervising mechanism on the fee’s spending, he said.

Each communal People’s Committee has to make an annual plan to fix environment issues caused by mining, he said.

The annual plan should receive approval from provincial departments of natural resources and environment and agricultural and rural development before being implemented, he added.

All expenses spent on environmental improvement projects are required to be published at the communal People’s Committee to ensure transparency, he said.

Mining activities are identified as really harming the surrounding environment, breaking geological structures and landscapes and leaving big holes containing waste or wastewater materials, and posing threats to the health of people living nearby, participants said.

Vietnam has over 5,000 mines with about 60 types of minerals, according to statistics from the Ministry of Natural Resources and Environment.

*The conference “Mining industry: From community stories to policy issues” was organized by People and Nature Reconcilliation (PanNature) in Hanoi on 23rd October 2015.