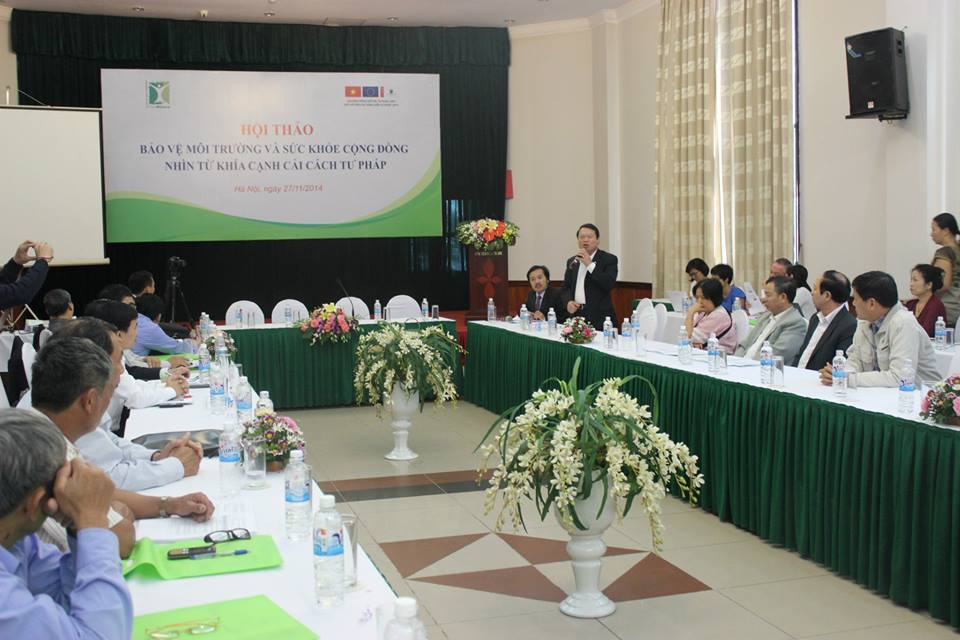 A workshop was held in Hanoi on November 27 to seek to perfect a legal system to protect the environment as well as legitimate rights and interests of the community.

Co-organised by the the People and Nature Reconciliation (PanNature) and the Justice Initiative Facilitation Fund (JIFF), the event brought together more than 100 delegates from State management agencies, the central justice agency, research institutions and non-governmental organisations.

PanNature Director Trinh Le Nguyen pointed out that the lack of coordination between relevant agencies has failed the mechanisms handling complaints and denunciations related to the environment to protect the right of people concerned. The delegates proposed establishing a court specialising in solving environment-related cases and using civilian expertises to determine the damage caused by environmental pollution.

After nearly the three decades of renewal, Vietnam reaped remarkable economic growth and poverty reduction. However, a series of environmental problems were emerged.

According to statistics of the Central Cancer Hospital (K hospital), over five recent years, 150,000 cancer patients were recorded in the country a year, of whom about 70,000 died.

Although environmental pollution is considered one of the reasons causing diseases and death for human, mechanisms used by sufferers to lodge related complaints remain unclear, resulting in unfeasible application in reality.

A report on Justice Index made by the United Nations Development Programme in Vietnam in 2012 said, nearly 31 percent of the number of respondents says that they are living in polluted areas and only 12 percent of them sent their complaints to authorities to ask for the redress.