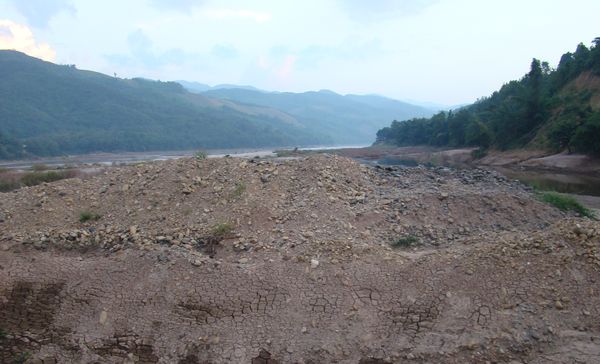 Bangkok, Thailand – The Save the Mekong coalition (StM) supports the Network of Thai People in the Eight Provinces of the Mekong Basin (the Network) filing an injunction today in the Thai Administrative Court calling for a suspension of the Power Purchase Agreement (PPA) for the Xayaburi Dam, the first dam being built on the Lower Mekong River.

“Today’s injunction follows the decision by Thailand’s Supreme Administrative Court on June 24, 2014, to accept the Network’s right to bring a lawsuit challenging the legality of the Xayaburi Dam’s PPA in Thailand, even though the project is located in Lao PDR,” said Sor. Rattanamanee Polkla, a lawyer and Coordinator from the Community Resource Centre, which represents the Network. “Given the transboundary environmental and social risks associated with the project, all construction and further investment should be halted until the court has made a final decision.”

The Supreme Administrative Court has already acknowledged the potential transboundary impacts of the Xayaburi Dam, ruling that: “the [Xayaburi] project may cause impacts to the environment, water quality and quantity, the flow of water, and the ecological balance of the Mekong basin as well as other transboundary impacts on riparian countries, particularly local communities in the eight riparian provinces of the Kingdom of Thailand, which may bear extensive impacts to environmental quality, public health, sanitation, livelihood, and other community interests.”  EGAT has not conducted an environmental impact assessment (EIA) in Thailand for the Xayaburi Dam, nor has it conducted adequate public consultations.

Furthermore the Court stated that the Network communities in Thailand “are entitled to participate in the management, maintenance, preservation and exploitation of the natural resources and the environment (including its biological diversity), in a balanced and sustainable manner, in order to enable themselves to live a normal life consistently in an environment that is not harmful to their health, sanitation, welfare and quality of life.”

The project is also causing regional conflict among neighbouring Mekong countries. Recommendations by both Cambodian and Vietnamese governments have called for a delay in further decisions on Mekong mainstream dams, including the Xayaburi Dam, until the completion of the Mekong River Commission’s Council Study and Vietnam’s Mekong Delta Study. At the Second Mekong Summit in April this year, Cambodia and Vietnam re-iterated the recommendation of the MRC’s 2010 Strategic Environmental Assessment, calling for a 10-year moratorium on all dam building on the Mekong mainstream. Such recommendations demonstrate that decisions over the future of dams on the Mekong mainstream must be based on comprehensive study and understanding of the impacts to all Mekong countries.

“We assert the right of communities in the Mekong to further study of the impacts, access to information and public consultation. We condemn the Thai government’s breaches of these rights during the signing of the Xayaburi Dam’s PPA,” said Dang Dinh Bach, a lawyer and Director of the Law and Policy of Sustainable Development Research Centre, in Vietnam. “This case sets a precedent for decisions over power agreements with transboundary implications and the fundamental responsibilities to conduct meaningful consultations and transboundary impacts assessments. We expect this lawsuit to be the first of many and we call on the Administrative Court to swiftly make a decision that the Xayaburi Dam’s PPA is illegal.”