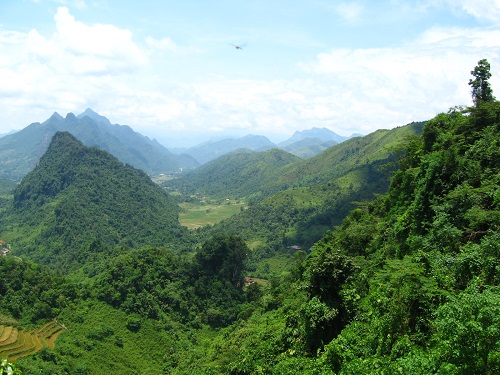 A seminar was held in the Northern province of Hoa Binh on September 16 to announce the results of a community consultation on the 2004 Law on Forest Protection and Development.

The event was jointly organised by the Centre for People and Nature Reconciliation (PanNature), the Central Rural Development Centre under the Hue University of Agriculture and Forestry, and ForLand organisation.

The outcomes of the consultation, which was conducted in four villages in Da Bac and Tan Lac districts, showed that over the past decade, Hoa Binh has allocated nearly 236,000 ha, or 73 percent of forest land for local people.

The province has planted 79,000 ha of forests and set up 1,440 forest protection teams involving 7,000 people. About 1,600 out of 1,700 villages have built their own regulations on forest protection and forest fire prevention.

However, participants pointed out shortcomings in forest land allocation in the province, including slow granting of land use right certificates, lack of public engagement in forest protection, and the forest farms’ ineffective management.

The seminar acknowledged proposals made by the local authorities and people on amendments to some contents of the Law relating to households and local communities, which will enable ethnic minority people to benefit from forests and forest land.

In the coming time, ForLand will work with the province’s forestry sector and authorities at all levels to create the best conditions for residents to manage and use forest land effectively.