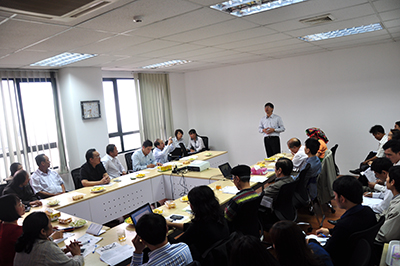 The UN-REDD Viet Nam Phase II Programme was signed on 29th July 2013 at Decision No.1724/QD-BNN-HTQT and has been executed by the Ministry of Agriculture and Rural Development (MARD) since 2013. According to the programme document, there is a representative of civil society organizations  participating into PEB.

The purpose of the meeting is to agree upon criteria and elect for official representatives of CSO and EM to PEB. There were more than 40 participants coming from different CSO and EM agencies to join the workshop.

Participants were divided into two groups (CSO and EM groups) for discussing and agreeing upon criteria for selecting their representatives to PEB.

Both groups also agreed upon that a detail action plan would be developed in order to strengthen the participations of CSO and EM into the implementation of UN-REDD Viet Nam Phase II Programme.