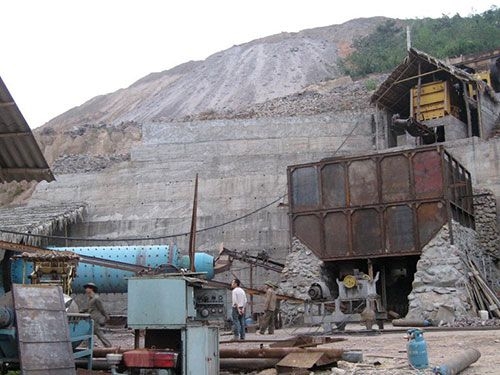 The report which has been released by the environment organization PanNature showed how Vietnam has to pay the penalty for the natural mineral exploitation, hailed as a key industry which creates more jobs, enriches the local budgets and helps eliminate hunger and reduce poverty.

The survey at the iron mine in Tan Pheo commune in Da Bac district of Hoa Binh province has found out that the mining has seriously affected the earth structure in the area. In the rainy season, the soil and stones fall down from rocky mountains to the streams and cultivated fields. As a result, the streams have become hollow with the depth decreasing from 1 meters to 0.2 meters. 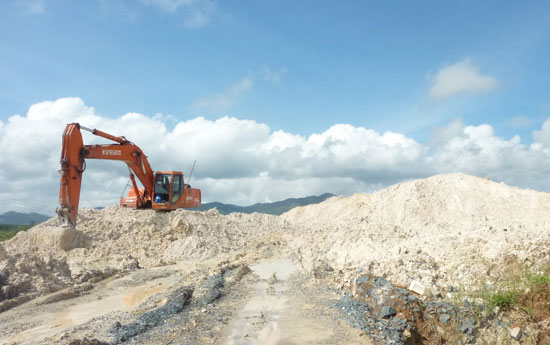 In 2009, the miner set up a wet ore sifting line, the waste water from which went directly to the streams and cultivated fields without any treatment. Meanwhile, the streams here are the sources of clean water for people’s daily life, irrigation and aquaculture for 800 local households.

By the time when PanNature’s officers came to survery, there had been no more aquatic resources, while the streams’ river had turned brown. As such, the ore sifting process not only harmed the environment, but also has taken away the “daily bread” of local people.

Similar environmental impacts have been found at the bauxite mining site in Bao Loc City of Lam Dong province. Dust, waste and red mud were the things “produced” by the ore exploitation. More than 150 households here now have to live in dust in the dry season and in mud in rainy season. No cultivation can exist after the mining.

The bauxite mining has broken the geological structure, making the soil surface lowered by 4.5 to 9 meters. Since the basalt layer has been replaced with clay, flooding and the landslide have been seriously affecting the local people’s lives.

The 2005 Mineral Law stipulates the decentralization in licensing the exploitation, under which local people’s committees have the right to grant licenses to exploit the small sized mines. The decentralization mechanism has led to the sharp increase in the number of mining licenses.

A report showed that over the last 12 years, the Ministry of Industry and Trade and the Ministry of Natural Resources and the Environment have granted 928 mining licenses, the number which is much lower than the number of licenses granted by the local authorities.

The mining has reportedly made up 9 percent of the total GDP. However, environmentalists have pointed out that the figure does not truly reflect the contribution to the GDP, because this has not counted on the damages caused by the mining.

Under the current regulations, the state imposes some kinds of tax on the mineral exploitation operations, including the corporate income tax, environment tax, and some kinds of fees. Experts have pointed out that the taxes and fees are too small if compared with the value of the minerals the enterprises pocket. Therefore, the state cannot collect much money from the mining activities, except the oil and gas exploitation.