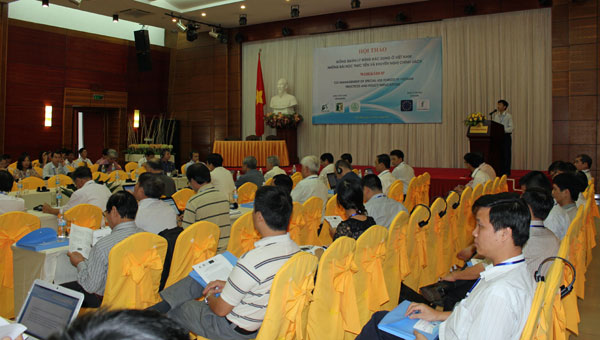 Like many farmers living near the Ngoc Son-Ngo Luong Nature Reserve, Bui Van Benh of the Muong ethic group used to go into the forest to collect timber when he wanted to build a new house.

“We rely on the forests not only for timber but also firewood, foodstuff, medicine… everything,” he said.

The reserve, situated to the southwest of Ha Noi, is surrounded by a community of 12,300 Muong people. The group has a long tradition of living in stilt houses made of sturdy wooden beams and walls. It is estimated that to build such a house, it takes from 15 to 20 cubic metres of timber.

There was a period not so long ago when dozens of houses sprang up each year, creating remarkable pressure on the reserve’s forestry resources. Even though it was illegal to harvest timber inside the reverse, local residents still managed to obtain timber to build houses.

The situation was made worse as better roads enabled illegal logging and trade to flourish.

“Logging became a common occurrence, despite our round-the-clock patrol efforts,” recalled Bui Binh Yen, a member of the reserve’s management board.

He said locals turned to logging because they had no alternative. The main source of income for them was from agriculture. However, the rice yields were low due to the limestone soil, and after the reserve was established in 2005, the natural forests belonged to the reserve and was not open for exploitation.

“This created even more drive for them to exploit the forests,” he said.

A survey made by PanNature, a local nature conservation NGO, pointed out that after the establishment of the reserve, the majority of local residents understood that the forests were no longer theirs, so they had no responsibility to protect them. That was the business of forest rangers and local authorities.

In 2010, faced with increasing threats on forestry resources, the reserve’s management put in place a new mechanism which emphasised the role of the local community in forest protection. 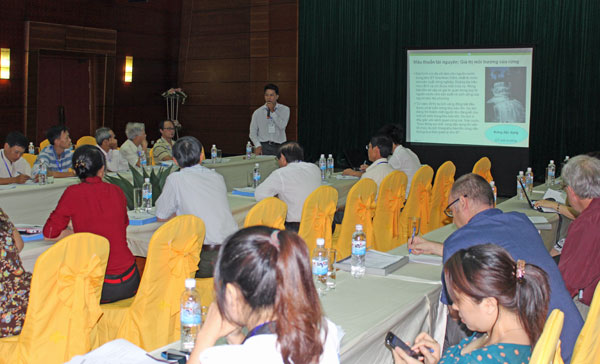 “The local community was urged to get involved in the process along with other stakeholders. We discussed and came up with an agreement on the responsibilities of protecting the forests,” Yen said.

A radical element of this agreement was that the community would be granted a number of benefits if they could deliver their commitment.

For example, they would receive allowances for patrolling the forests, and allocated some of the land to cultivate. They would also be given preferential policies such as access to loans, training and developing social infrastructure.

Locals would be also instructed to use forest resources in a sustainable way.

When the agreement was signed, it created a major shift in the attitude towards forests among locals. They went on patrols with forest rangers on a monthly basis. During these patrols, they helped detect hundreds of violation cases and confiscated timber.

Yen said: “The results are very encouraging. Members of the community who signed the agreement have stopped logging and poaching.”

Viet Nam National Parks and Protected Areas Association Secretary General Le Van Lanh said engaging different stakeholders to take part in protecting forests was a promising approach because it included both the responsibilities and rights of those involved.

However, Nguyen Viet Dung from PanNature said the adoption of such an approach was limited because it did not have sufficient legal support. But a number of new legal documents have been an encouraging move because they paved the way to expanding the success story at Ngoc Son-Ngo Luong Nature Reserve.

As farmer Benh put it: “If we can make a living out of the forests, I see no reason why we won’t protect them.”