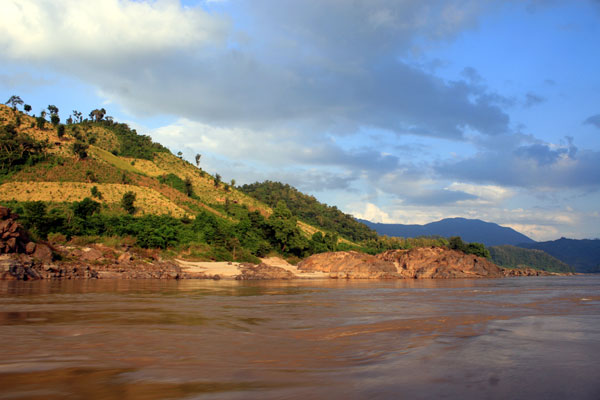 As a nation in the lower Mekong River basin, Vietnam potentially bears serious impacts from programmes and development projects deployed on the mainstream of the upper river, and therefore needs to put forward solutions to deal with different development scenarios.

Vietnam’s territory accounts for eight percent of the basin’s total area and 11 percent of its total water volume.

The territory, which is home to 20 million Vietnamese people, includes the source of Nam Ron River in northern Dien Bien province, the upper Se Kong and Se Ba Hieng Rivers, the Se San and Srepok River basins, and the Mekong River Delta.

Development in the Mekong River’s upper area will have environmental and social impacts on the lower Mekong River.

Under the Strategic Environmental Assessment of Hydropower on the Mekong Mainstream conducted by the International Centre for Environmental Management (ICEM), Vietnam may suffer greater economic losses if a dam system is constructed on the mainstream.

The construction would result in a reduction in the river’s water volume in the dry season, which combined with climate change impacts and rising sea water levels will lead to increased sea-water intrusion and affect the Mekong River Delta’s agriculture and aquaculture sectors.

According to Tran Thi Thanh Thuy from People and Nature Reconciliation (PanNature) – a non-governmental organisation dedicated to protecting the environment, Vietnam may execute solutions to deal with the losses by stepping up cooperation through the Mekong River Commission.

The Agreement on the Cooperation for Sustainable Development of the Mekong River Basin has been the best cooperation framework to exchange, negotiate and seek consensus on issues relating to the basin’s development.

The Vietnam National Mekong Committee needs to improve its organising capacity, implement programmes and projects to survey impacts, and seek out solutions to support Government policymaking and cooperation with other countries in the region.

Vietnam needs to create consensus in the ASEAN community on the orientations of the basin’s development, she added.

It should also encourage social organisations and non-governmental organisations to enhance national and regional cooperation and dialogues so as to create social support and consensus to protect local people in the basin and Vietnam in particular.

The country must cooperate with sponsors and partners from Laos and Cambodia to seek optimal and sustainable development solutions that are in line with each country.

With its experience in economic growth and poverty reduction, Vietnam could help neighbouring countries apply the development models effectively, and avoid any negative impacts that may emerge in the process of development.

The efficient implementation of programmes, investment projects and development aid is another critical solution. As investors, Vietnamese enterprises need to study and apply international standards to their projects deployed in neigbouring countries to minimise environmental and social consequences.

Vietnam’s ways to rationally deal with the issues depends on each development scenario. However, the most crucial factor is still a consensus on development cooperation between relevant countries to protect the lower Mekong River, Thuy stressed.