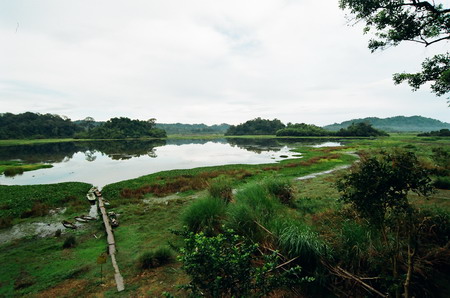 By normal standards, the scrapping of two controversial dams planned in a protected area should have been a done deal by now.

But victories for the environment have become extremely rare in Vietnam in recent years and opponents of the two dams, to be built in the core of the UNESCO-recognized Dong Nai Biosphere Reserve, appear to be seeing the writing on the wall.

“It would be a tall order to stop them, as Vietnam’s current growth trajectory does not hold out much hope for conservation efforts,” Nguyen Hoang Tri, an official in charge of the government-appointed Vietnam committee under the UNESCO’s Man and the Biosphere Program, told Vietweek.

The UNESCO affiliate wrote in its letter that Vietnam would be going against its international commitments by building the dams.

Conservationists have said that if built, the two dams would totally alter the marine environment in the 72,000-hectare park, which straddles Dong Nai, Binh Phuoc and Lam Dong provinces.

The Cat Tien Park is home to around 1,700 precious plants and more than 700 species of animals and birds, several of which are endangered. The park has also been officially titled a world biosphere reserve by UNESCO.

Its former director Tran Van Thanh, one of the most vocal opponents of the two dams, was quoted by AP as saying recently: “It took generations to establish and maintain our national parks.”

“It would be a waste if we have to surrender parts of our forests for economic development,” said Thanh, who has been transferred to another national park in the Central Highlands.

The project investor, Duc Long Gia Lai Group, maintains that the two dams will add power supply to the nation’s power grid. Their opponents, however, say the impacts are beyond estimation since it is not only about the park, but the lives of millions of people living in downstream areas in Binh Duong Province and HCMC.

The group has drawn widespread flak after independent experts found that the environmental impact assessment report of the projects contains factual errors and downplays the ecological and environmental risks of the two dams.

Conservationists say in energy-hungry Vietnam that relies on hydropower for about 40 percent of its electricity, many dam developers who want to cash in on such dependency have touted their actions as being taken in “national interest”. But in fact, they are driven purely by the drive to make profit at any cost, experts say.

In the case of the two dams in Cat Tien National Park, “the private developer wants to benefit economically from the construction of hydropower projects, but the downstream provinces and communities…have protested strongly against the dams,” said Pamela McElwee, an assistant professor of human ecology at Rutgers University who has researched extensively on Vietnam’s protected areas.

“So just who is speaking in the ‘national’ interest here?” McElwee said.

Conservationists say every country in the world faces trade-offs between conservation and development, but Vietnam has no safeguards in place against the most damaging actions.

In Vietnam, “all too often, it seems the voices who are heard with regard to the trade-offs only seem to be the well-connected, politically powerful, or rich people, and the benefits of the trade-offs seem to accrue to those powerful and wealthy people as well,” McElwee said.

Tri, the Vietnamese official, said all conservationists could do was to keep highlighting the irreversible environmental damage of the two Cat Tien dams.

“[But] it is the people with decision-making power that will have the final say.”

Recent media reports have quoted a Dong Nai’s deputy mayor as saying that the provincial administration would urge Prime Minister Nguyen Tan Dung and the Politburo, the Party’s decision-making body, to cancel the project.

The National Assembly, Vietnam’s legislature, is still poring over the project’s environmental impacts.

Minister of Government Office Vu Duc Dam, the de facto government spokesman, said at a press briefing last week that the government would not sacrifice the environment for short-term benefit, in direct reference to the construction of the two dams.

Observers have also said that an increasing number of government agencies, environmental groups, and local administrations have joined the opposing camp, saying the two dams must be scrapped.

So if they are still able to plough ahead, “that would mean the project investor is super-influential,” said Trinh Le Nguyen, executive director of the Hanoi-based nonprofit People and Nature Reconciliation.

“That would also mean someone really influential is backing it.”