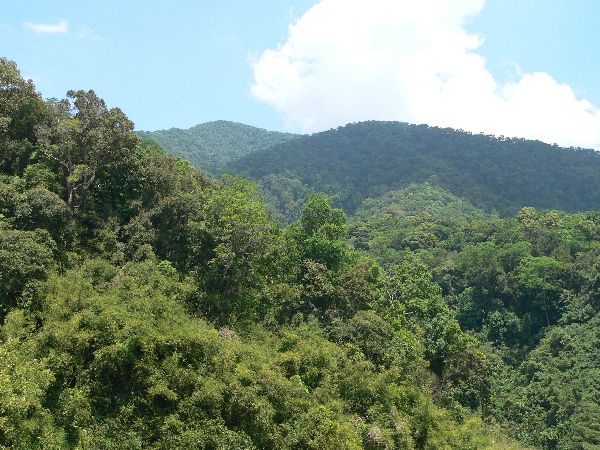 The past 20 years in Vietnam have been remarkable. The economy has expanded by an average of 7 percent annually since the mid-1990s and according to the Vietnam Development Report 2011, “poverty has fallen drastically from 60 percent in 1993 to 14 percent in 2008”. In 2009, Vietnam was reclassified as a “lower-middle-income country”. But much of the economic expansion and inertia has been fueled by the use of domestic natural resources.

With its diverse topography and climates, Vietnam is home to 10 percent of the world’s vertebrate species and an incredible amount of biodiversity for a country that takes up only about one percent of the globe’s land mass. But forest cover nationally has dropped from 43 percent in 1943 to about 27 percent in 1990. As of 2009, the number rebounded to 40 percent, which is largely a result of investments in plantations. However, as IUCN’s Brunner puts it, “the area of quality forest is probably only five percent of total forest cover”.

Along with quality forests, Vietnam’s tiger population has also been wiped out and few believe the remaining roaming elephants will last much longer. Endemic species including the Tonkin snub-nosed monkey, the saola and the Siamese crocodile are all dangling precariously on the brink of extinction. There have been signs of success, albeit limited to projects where there’s been long term foreign presence focusing on a restricted range species, like primates, or with captive breeding programmes such as at the Cuc Phuong Turtle Conservation Centre.

“Vietnam has five of the 25 most endangered higher primates in the world. Just by knowing that you and your country have five particularly special primates is a great honour,” says Potess. “The Vietnamese population has to jump on the wagon and say ‘Yes! We are losing our national heritage.”

There’s plenty of blame to go around for the country’s huge depletion of its fauna and flora. Vast amounts of money are put into conservation efforts in Vietnam and about 15 percent of the country is classified as protected. According to Brunner, on a hectare basis, spending on Vietnam’s protected areas is among the highest in the world. But throwing money at a problem doesn’t appear to solve everything. Enormous projects funded by international donors are often inflexible. Policies often look good on paper, but enforcement at the ground level and park management is often ineffective. Throw into the mix that Asia’s economic rise has lead to the expansion of wildlife trafficking that feeds traditional medicine and culinary markets domestically and abroad, and it becomes clear that more is needed than good top-down intentions.

The nascent, but growing, domestic NGO sector will be a pivotal factor in Vietnam’s green future. While international NGOs are often instrumental in securing large funds for domestic projects, it’s the local organisations that are able to nurture vital grassroots movements and start dialogue at the official and communal level that are instrumental to any type of sustainable change.

“More organisations are emerging because now the registration process is quite easy and open,” says People and Nature Reconciliation’s executive director Trinh Le Nguyen. “Now it’s a matter of how to survive and how to actually do work and carry on [with] the mission of the organisation.”

At People and Nature Reconciliation, Nguyen and the 25 full-time staff members are instituting a multi-pronged, holistic strategy to protect the country’s biodiversity. Tasks include a news website, a nationally published policy review, managing field projects and hosting roundtable discussions with policymakers and Vietnamese think tanks.

“When we started, we needed a lot of capacity building and support from international groups,” says Nguyen. “In the future, we hope more domestic philanthropy organisations will look at the environment and conservation issues.”

While Nguyen admits the task at hand is enormous, he has hopes that greener days await in the future. Attendance from policymakers at their forums and roundtable discussions is on the rise. As the country’s middle class expands, Nguyen says young people are increasingly looking at ways to get involved and are concerned with the country’s environmental health.