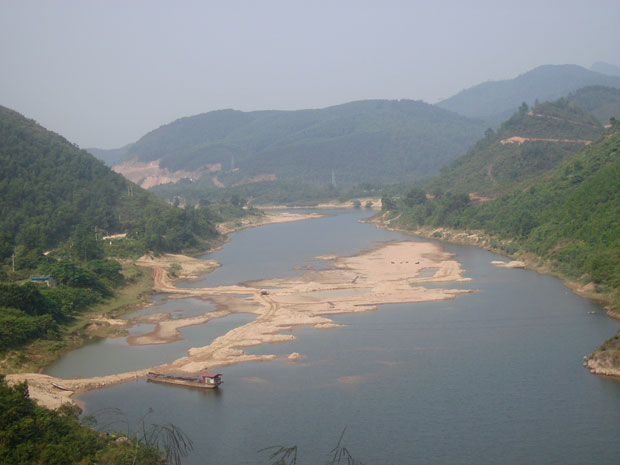 Vietnam has 2360 rivers and 26 river branches, more than 7000 kilometers of river and sea dykes, a lot of dams and water reservoirs.

The poll conducted by PanNature on 1300 households in nine communes of three provinces and cities located on the valleys of Hong, Thai Binh, La, Vu Gia and Thu Bon rivers showed that only 30 percent of people’s reports to the management agencies about the river degradation have got replies. Meanwhile, over 30 percent of the community circle does not know what to do to protect rivers.

Nguyen Thi Hieu, an official from the Center for Conservation and development of water resources (Warecode), said that when working with local authorities, she always gets troubles due to the complicated administrative procedures and the limited qualifications of local officials.

Hieu also said that the coordinating units usually do not care about the long term benefits of the projects, while they only focus on the short term goals of the activities. Meanwhile, the benefits from the water resource protection campaigns cannot be visible shortly.

“Water resources are changing and not in accordance to any natural laws, which may lead to a disaster,” Nguyen Ty Nien, former Director of the Department for Dyke Management and Flood and Storm prevention under the Ministry of Agriculture and Rural Development (MARD).

The unreasonable water exploitation has led to the alarming depletion of the natural resource. On the Red River’s valley, the water use level in dry season is up to 83.5 percent, far exceeding the safety threshold of 30 percent. On the Dong Nai River’s valley, while the safety line is set up at 4000 cubic meters per capita per annum, the actual level is just 2093 cubic meters per capita per annum, or short by 50 percent.

Rivers should not be managed in accordance with administrative boundaries

Nguy Thi Khanh, Head of the Management Board of the Vietnam River Network (VRN), which acted as the independent supervisor for the Trung Son hydropower plant project funded by the World Bank, said that the project was then considered a medium-scaled project, therefore, at first, detailed assessments were not required.

However, later VNR successfully proved that this was a big scaled project, which then forced the investors to work out on the measures to minimize the bad impacts on the environment.

“There should be effective channels, through which people and organizations can give feedback and provide information to policy makers, as soon as possible,” Khanh said.

When talking about the role of the community in the water natural resource management, Shana Udvardy, Director of the US Flood Management Policy at American Rivers, said that in the US, the government only approves hydropower plant projects after it can see detailed and convincing reports on the possible impacts on the environment. People have the right to protest against the building of dams if they believe the dams would affect their lives.

In 1960, the US people succeeded in preventing from building some big dams. There is no dam built on Delaware River, which has the length of 330 miles.

Also according to Mrs Udvardy, Vietnam should draw up policies based on the river valley boundaries instead of administrative boundaries. Besides, the government should collect licensing fees as one of the measure to raise funds for the programs on environment protection.

The expert thinks that Vietnam should reconsider the plan to develop hydropower plants based on the calculation of the power demand. Vietnam can develop alternative power generation sources instead of hydropower plants.