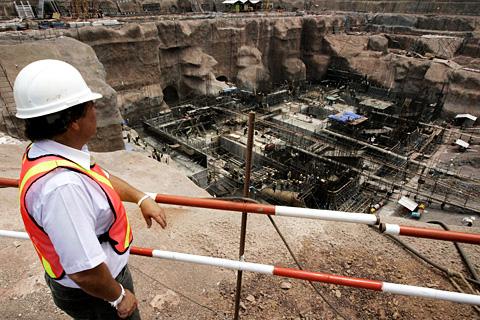 Vietnamese officials are criticizing the Lao government’s controversial plan to build a dam on the Mekong River. Analysts say opposition from Vietnam and other lower Mekong countries could force Laos to scale back its hydropower ambitions.

The $3.5 billion Xayaburi hydropower dam is the first of 12 dams planned for the lower Mekong. A Thai developer would build the dam, and Thailand would buy most of the 1,260 megawatts of electricity the dam would generate.

But Vietnamese officials say the dam would jeopardize water supplies and threaten fishing on the river’s downstream reaches. Their recent comments echoed warnings by environmentalists that the Mekong dams would damage the environment and threaten the livelihoods of people who live near the river.

Analysts say political pressure from Vietnam and its lower Mekong neighbors – Thailand and Cambodia – could force Laos to delay or modify its plans to harness the Mekong’s flow.

Philip Hirsch, a professor of human ecology at the University of Sydney, told VOA that of the lower Mekong countries, Vietnam has so far been most publicly critical of Laos’ hydropower ambitions.

“The interesting question, which I think is very difficult for anyone to answer, is how these two countries, Vietnam and Laos – which are so close – are going to extricate themselves from what at the moment seem to be diametrically opposite positions on the Xayabouri dam,” Hirsch said.

Vietnam and Laos are both one-party states and Hirsch says Vietnam typically influences Lao policy “behind closed doors.” But Hirsch says recent criticism of the Xayabouri proposal by high-ranking Vietnamese officials has been “very public.”

All four lower Mekong countries will be closely watching a recommendation on the dam expected this month from the Joint Committee of the Mekong River Commission, an advisory body formed in 1995 to promote sustainable development along the 4,900-kilometer Mekong system.

But Hirsch points out that the MRC has no power to force Laos to abandon its plans for the Xayabouri and other Mekong dams.

“The MRC is not a regulatory institution,” Hirsch added. “It’s not a strong agency in that way, it’s one which has always worked on the basis of trying to achieve consensus, and if we’re looking for regulation from the MRC, I think we’re looking in the wrong direction.”

Hirsch says Thailand has vowed to stay neutral in MRC negotiations, which puts the onus on Vietnamese and Cambodian officials to address the Xayabouri dam proposal in discussions with their Lao counterparts.

Trinh Le Nguyen is executive director of the Vietnamese NGO PanNature. He tells VOA that although Laos has final say over the Xayabouri and other Mekong dams, Vietnam may pressure Laos by threatening to not invest in future Mekong hydropower projects.

“Vietnam can decide not to invest or buy anything from [Laos],” Trinh Le Nguyen said. “It’s one of the ways they can have some power.”

In October, an independent study commissioned by the MRC recommended that lower Mekong countries delay decisions on hydropower projects for 10 years, warning that Mekong hydropower dams would exacerbate food insecurity and cause “serious and irreversible” environmental effects.