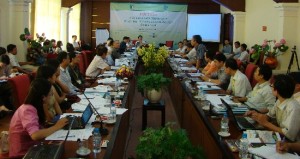 HA NOI — The management of the exploration and exploitation of natural resources should be strengthened to preserve valuable assets for younger generations, according to attendants of a conference in Ha Noi last week.

This idea was put forth by experts from several sectors to discuss the draft of the amended law on mineral resources exploitation.

“This is a necessary regulation to overcome the poor management of minerals exploitation,” said Nguyen Viet Dung, vice director of People and Nature Reconcilation (PanNature).

Dung said that there has been an unusually high increase of business licences for mineral exploration activities in localities in recent years, causing adverse effects on the environment as well as on people’s livelihoods.

Deputy director of the Consultancy on Development Institute (CODE) Pham Quang Tu said within 12 years, from 1996 to 2008, ministries granted 928 operation licences in this field, 353 of which allowed businesses to exploit minerals.

Many provinces had not reported exploration results to authorities. Tu said the situation was due to lax State management s on mineral exploitation. In addition, he said businesses rushed to exploit resources despite little to no experience and knowledge of the natural resource sector.

Statistics from CODE showed that the sector contributes three to eight per cent to GDP, which is lower than others despite being ranked fifth of all sectors that receive the highest levels of investment from the Government. 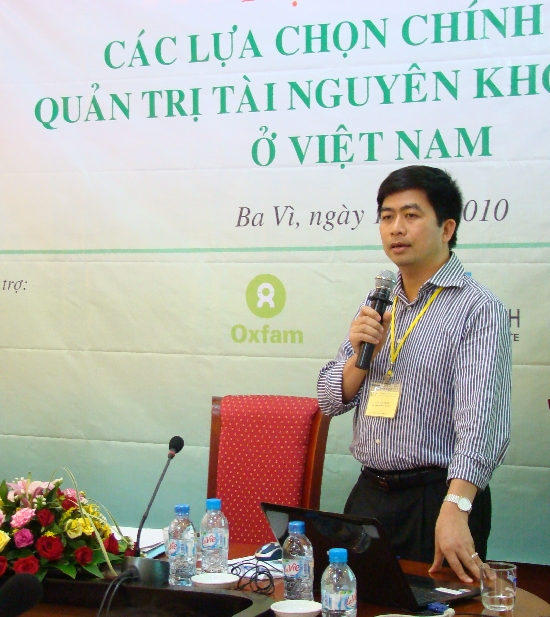 Dr. Lai Hong Thanh from the Ministry of Natural Resources and Environment, member of the drafting team, updates participants about the current draft of the Mining Law.

Sharing these thoughts, Nguyen Thi Lai from the Mining and Metallurgy Science and Technology Institute said that by 2007 there were nearly 1,700 enterprises participating in mineral exploitation, four times higher than 2000 with a yearly increase of 22 per cent.

Tran Thanh Thuy from PanNature said where there are mines, the lives of locals is much harder: “Roads are destroyed, the environment devastated, unemployment is high and social evils are rampant in these places.” She proposed that mining firms be required to compensate local people for these harmful effects.

Le Dang Doanh, the former head of the Central Institute for Economic Management, said it was time to change the definition of “people ownership” to “national ownership”. 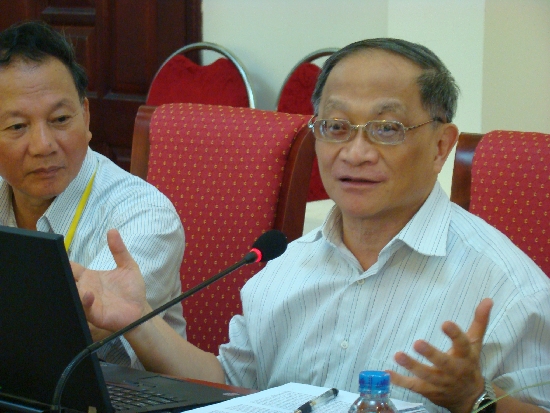 “The revised law, which would be submitted to the Government next month, must declare minerals to be the national resources of the people, and require that their exploitation benefit the State, the people and miners,” Doanh said.

Conference participants suggested the Government hold a trial bidding process for some mineral exploitation areas to formulate regulations so that bidders pay the required taxes and fees.

Le Quoc Dung, deputy head of the National Assembly’s Economic Committee, said the revised law was expected to improve the problems. Dung said the Government needs to build strategies for the next 10 to 20 years, which define clearly the amount of exploitation allowed and the appropriate areas and protection plans. 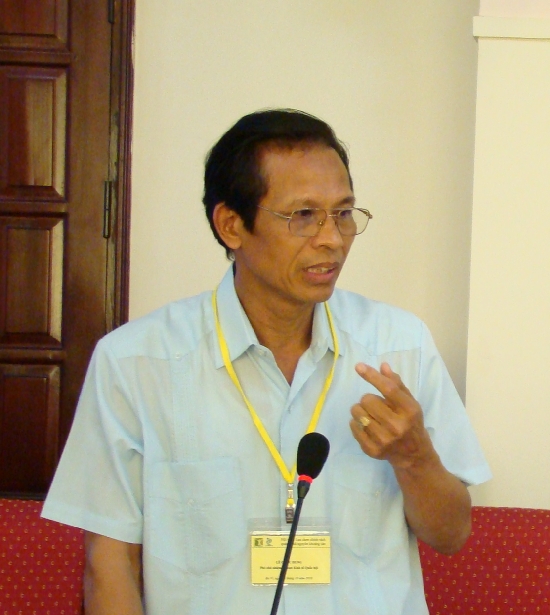 “The right to explore and exploit minerals will be auctioned, and information and databases on mineral resources will be commercialised to increase the State budget.”

He said the law had recognised auctions as one of the ways to go about mineral exploitation since its enactment in 1996. In reality, mineral exploration and exploitation has mainly been conducted by the State.

“The mining auction process would not only increase contributions to the State budget, but make licence granting in mineral exploitation more transparent and limit ask-and-receive mechanisms.”

However, CODE deputy director, Tu, said it would be dangerous if we carry out auctions without clarifying the exact mineral amounts.

Note: The workshop “Policy options for governance of mineral resources in Vietnam” was organized by PanNature and Consultancy on Development on 14th October 2010 with participation of about 70 representatives from the National Assembly, Ministry of Natural Resources and Environment, Ministry of Industry and Commerce, Vietnam National Coal – Mineral Industries Group, Vietnam Chamber of Commerce and Industry (VCCI), related government agencies, research institutions, NGOs, and the media.