HA NOI — Economic development on the Mekong River is short-sighted and unsustainable, environmentalists heard at a meeting in Ha Noi yesterday.

Delegates heard that the biggest threat to the future of the river, its fauna and flora, was the need to dam the Mekong for hydro-power. The Cuu Long (Mekong) Delta in Viet Nam was particularly vulnerable, participants heard. 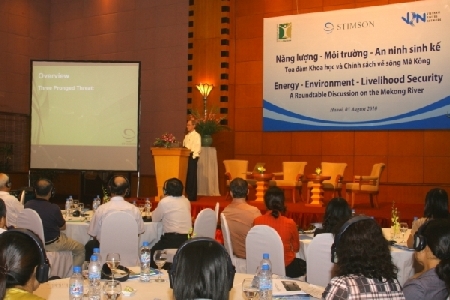 Representatives from PanNature said the Mekong is home to a diverse array of fish fauna, worth billions of dollars, that provide food security for poor communities in the river’s 795,000sq.km basin.

Participants heard that economic development and poverty alleviation were threatening the livelihoods of those who made a living from the river.

Participants watched a 15-minute video-clip entitled Mekong – The Tipping Point, that highlighted the dangers of damming the river for hydro-power projects.