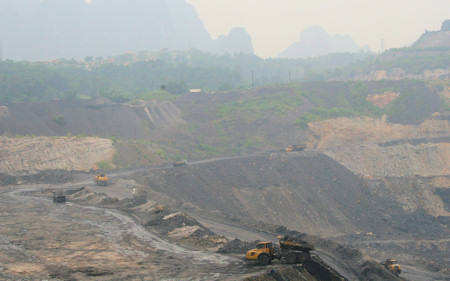 The extractive industries bring about a significant source of revenues for Vietnam to boost its growth in recent decades. The government of Vietnam has devoted lot of efforts in managing oil, gas, and mineral resources for development through a number of policies and laws. The current Mining Law, which was promulgated in 1996 and revisited in 2005, is going to be revised and passed by the National Assembly during its two annual meeting sessions in 2010.

Consultancy on Development (Code) and People and Nature Reconciliation (PanNature)Â  have been working together to promote better governance of natural resources, including the extractive industries, toward the goal of sustainable development for Vietnam through research and advocacy activities. The Revenue Watch Institute (RWI) is one of leading non-partisan organizations working to promote good governance and further transparency of natural resources throughout the world. RWI also actively promotes and support the adoption the Extractive Industries Transparency Initiative (EITI) in many countries. 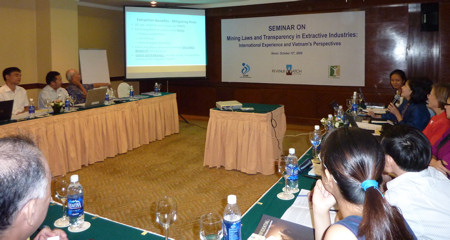 This seminar was co-organised in Hanoi on 12th October 2009 by three above-mentioned organisations with aim to share international experiences on mining legislation, transparency in the extractive industries, and Vietnamâ€™s perspectives on these issues. Program Objective