In August and September 2008, PanNature conducted field surveys and organized environmental protection planning workshops in Bac Me and Hoang Su Phi districts of Ha Giang province within the framework of the Chia Se Project (Vietnam – Sweden Poverty Reduction Program, managed by the Ministry of Investment and Planning). 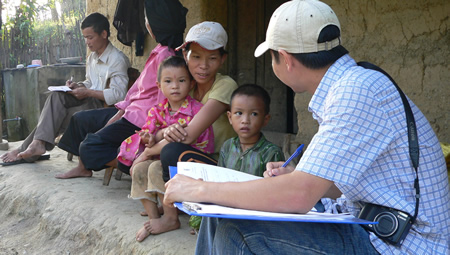 Chia Se (means “sharing” in Vietnamese) is a development cooperation initiative between the Government of Vietnam and the Swedish International Development Co-operation Agency with focus on poverty alleviation. The program has been implemented in six districts of Ha Giang, Yen Bai and Quang Tri provinces for nearly five years (2004-2008). In Ha Giang, the project site covers 30 communes with approximately 200 villages in Bac Me and Hoang Su Phi districts. 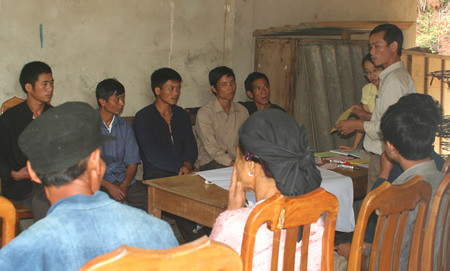 These action plans have been developed using the participatory and bottom-up planning methods, which involved local people, commune and district authorities, as well as project teams. Surveys and interviews were carried out in selected villages and communes to assess environmental awareness, attitudes and participation of local communities. In addition, PanNatureâ€™s team also consulted decision-makers and local leaders at provincial, district and commune levels about focal environmental issues and current problems. This process generated valuable inputs for the development of local environmental action plans.

The preliminary findings and draft action plans prepared by PanNature were presented at two workshops in Bac Me and Hoang Su Phi districts. Representatives of commune and district authorities and agencies actively joined the discussions to help fine-tune the plans, as well as propose practical activities based on local situations and needs. During these workshops, participants also identify priority issues and actions for the period 2009 – 2010. 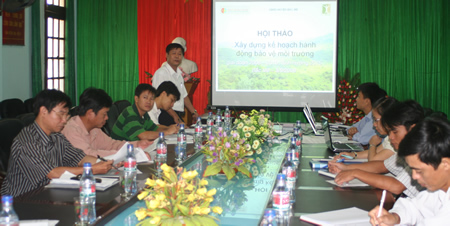 These action plans will be approved by the Chia Se Program and then implemented to help Bac Me and Hoang Su Phi districts fulfill their poverty alleviation and environmental protection goals.